7 things they want to change about you 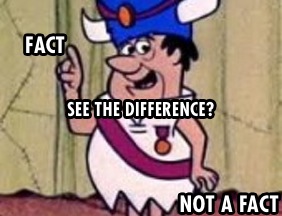 Most people accept that the Republican party exists in a self-contained bubble of information, even their own alternate reality. This alternate reality is policed by the Grand Old Party Poobahs – Rush Limbaugh, Glenn Beck, Karl Rove, Mitch McConnell, and John Boehner – who determine what and who is acceptable, and what and who isn’t.

No wonder, then, that they needed to commission a report that asked the question (and I’m paraphrasing here), “Why do people despise us?” Seriously. Pew Research came out with a poll last month that basically gave them the answer: the American people disagree with the far-right on almost every issue.

So rather than compromise, they’ve decided that their messaging – and not the policy stances themselves – is to blame. If they could just say it the right way, maybe you’d believe that your sexual orientation is a choice, or that it’s good and just that folks with fixed incomes are seeing their taxes go up while corporations and the wealthy are seeing them go down.

It’s not them, it’s you. So here are seven things they want to change about you.

1. That you’d dare to make a decision about what happens to your own body. The Right to Life movement has gotten very creative in forcing their beliefs on the rest of us, and conservative lawmakers are usually all too happy to oblige them.

2. That you like the same sex – or any sex. People being themselves, happy and upstanding citizens drives Republicans crazy, especially when those people don’t meet their narrow definition of an acceptable and sanctioned marriage. So rather than bringing this argument to the people (because the people disagree with them), conservatives like Bill Schuette have found other ways to limit their rights and standing as citizens.

4. That you’d vote anything other than a straight Republican ticket. They’ve lost the popular vote in the last five (of six) Presidential elections. They garnered fewer total votes than Democrats and only managed to hang on to a majority in the House thanks to heavily gerrymandered districts. But rather than taking a long hard look in the mirror and asking tough, soul-searching questions about their positions, Michigan Republicans have decided that it’s easier to cheat than to change.

5. That you’ve fallen on hard times and need help to make ends meet. The far-right approach to poor people is the same as their approach to criminals – they’re guilty until proven innocent. That’s why they’re implementing suspicion-based drug testing for welfare recipients and cutting funding for Michigan’s most vulnerable.

6. That you don’t want your kid going to school with a bunch of other kids with guns. Apparently, believing that “what’s good for the NRA is good for all of us” is required and the only acceptable solution to any problem is to throw a gun on it.

7. That you think of yourself as a citizen and not a customer of the state. This is part of their “the market knows best” approach to government as a business and is constantly being pushed by Gov. Rick Snyder. For example, when he announced Detroit’s new EM whose own finances were out of order. But citizens are not the customer, and lawmakers are not the business. If anything, government is the company and its citizens are the stockholders. How was your performance last quarter? You’re fired.