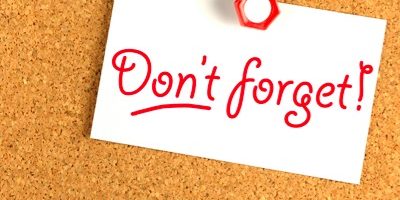 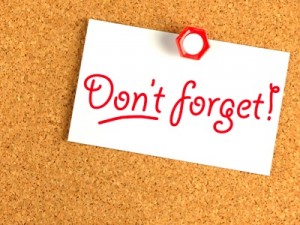 Recording devices and the Internet have been the bain of the Republican party’s existence. But when you base your beliefs on things that are untrue, tell a room full of rich folks what you haven’t bothered to tell anyone else about your magical economic policies, and have given up the facade of thinking citizens are anything other than mindless votes to be won (and still haven’t heard about Google), this becomes a problem.

So here are seven facts Republicans want you to forget:

1. That they raised your taxes while lowering them on corporations and the wealthiest.

2. That Gov. Rick Snyder’s pick to get Detroit’s fiscal house in order had his own fiscal house in disorder. Why? Because then you’d realize the simple, fair, and efficient businessman isn’t really any of those things, he’s just another politician.

3. That the reason we went to war in Iraq was to eliminate Weapons of Mass Destruction but none were found; that they estimated it would cost $60 billion but has already cost us $1.7 trillion and counting; that our current debt and deficit is largely the result of the Bush tax cuts and two unfunded wars.

4. That President Obama stepped in, rescued, and helped correct the course of Michigan’s auto industry while the conservative standard-bearer – Mitt Romney – parroted that we should just let Detroit go bankrupt because, well, that’s capitalism baby!

5. That Michigan’s unemployment rate is still a point above the national average and has slowed as the effects of the auto rescue and stimulus package wear off and middle-class Michiganders begin to feel the pinch of Gov. Rick Snyder’s tax increase. To give you some perspective, Michigan’s unemployment rate is higher under Snyder than it was at the same point in Jennifer Granholm’s first term

6. That their duly elected Speaker of the House is currently under a one person grand jury investigation for committing election fraud, while preaching against the spectre of voter fraud, and has a history of financial fraud.

7. That at the Michigan Republican Party Convention delegates overwhelmingly voted to back an election rigging scheme and a poll of attendees revealed that 74{ef69e4e9e447e52a60027e369ac6a3d796f53805e5a70de1d67ce22dac9553da} of them aren’t sure where President Obama was born.