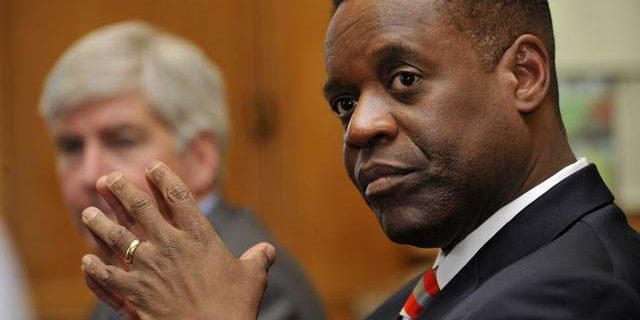 This morning the Detroit News broke the story that Kevyn Orr, Gov Snyder’s appointee as Detroit’s Emergency Manager, was hit with four tax liens in four years for unpaid unemployment and income taxes. When he was shown copies of the liens Friday, the News reported he “didn’t know anything about” them. To make matters worse, it was news to the Snyder Administration too.

That’s right – Rick Snyder’s office, in the national spotlight for the decision to appoint an emergency manager with sweeping powers to fix Detroit’s finances, failed to look into Kevyn Orr’s finances.

Progress Michigan has obtained copies of the liens. You can see them below.