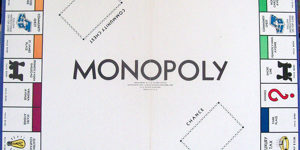 Republicans are in bad shape. They’ve lost the popular vote in the last five (of six) Presidential elections. They garnered fewer total votes than Democrats and only managed to hang on to a majority in the House thanks to heavily gerrymandered districts. In short, Republicans are losing.

And the reason is pretty simple, the American public opposes them on pretty much every major issue facing the country.

But rather than taking a long hard look in the mirror and asking the tough, soul-searching questions about their positions, Michigan Republicans have decided that it’s easier to cheat than to change.

It’s kinda like Monopoly, except for they start with hotels on Boardwalk and Park Place while the rest of us split Baltic Avenue; you never pass go, there are no get out of jail free cards, and before we can put up houses we have to pay taxes levied by Gov. Snyder and the far-right acolytes in the Michigan legislature.

You’ll be getting the tax bill shortly.

This isn’t what our founding fathers had in mind when they drafted the constitution. Join over 20,000 Michiganders and sign our petition telling Gov. Snyder to veto this shady election rigging scheme.