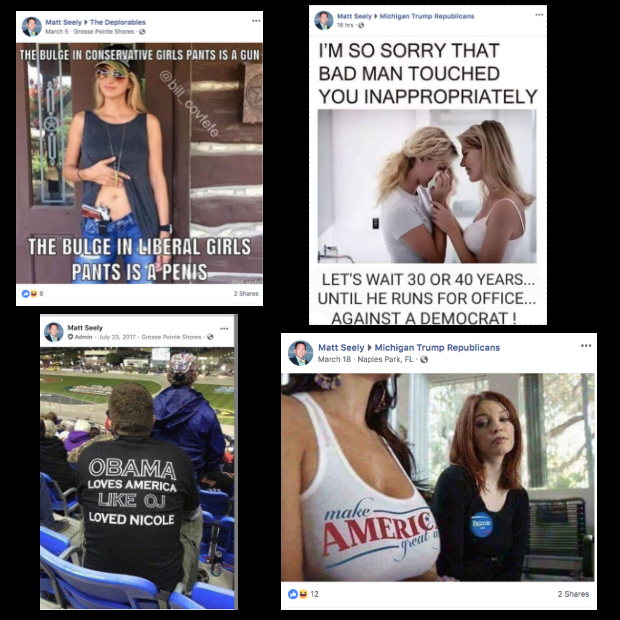 Michiganders are speaking out against misogyny and standing up for survivors

“This petition shows that Michiganders expect better than this from their public officials,” said Lonnie Scott, executive director of Progress Michigan. “We live in a culture that protects abusers while blaming victims, and that won’t change unless people are willing to stand up to men like Matt Seely who make light of sexual assault. Survivors deserve to be believed and supported, not made the subjects of cruel jokes in Facebook groups for political purposes.”

The watchdog group first called for the councilman’s resignation on September 18th after he posted a meme mocking survivors of sexual violence on Facebook. His post history also included several other memes aimed at mocking and degrading women. Progress Michigan called for several high-profile Republican officials who have been photographed with Seely to denounce his behavior. As it stands, Matt Seely is still a member of the City Council and the Republican officials named have been silent.

“Public officials have an obligation to lead by example,” Scott said. “In posting these memes and refusing to accept accountability for his actions, Matt Seely has let down the people who elected him. The right thing for him to do is resign and apologize to all victims of sexual assault – but if he refuses the City Council and Republican Party must take action, because standing still is not an option. Progress Michigan and the hundreds of the people who have signed our petition will continue to hold Seely and those who support him accountable.”