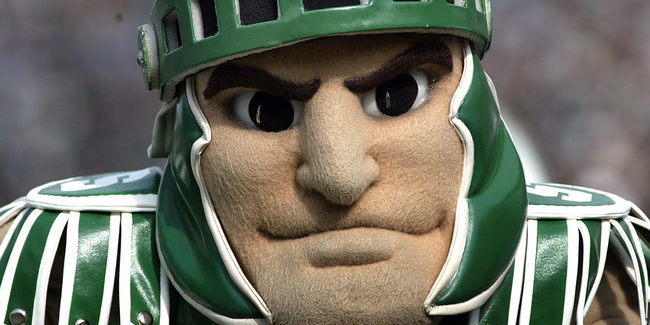 Before you ask, No. I’m not writing about the poor student attendance at the MSU game on Saturday.

Think of five women you know. Statistically, one of them will be raped in their lifetime. One in four women will experience domestic violence in their lifetime. About 1 in 5 women are targets of attempted or completed sexual assault while they are college students.

Violence against women is not a joke. Those numbers are not an exaggeration. Those statistics represent real women – mothers, daughters, sisters, friends, nieces, and aunts – who are victims of terrible crimes.

That’s why I was embarrassed and ashamed at last Saturday’s Michigan State University football game as fans in the stadium collectively booed an anti-sexual assault PSA that was played on the big screen between quarters.

I wrote a blog last week on October 1st marking the start of Domestic Violence Awareness month. I mentioned an anti-sexual assault PSA from the White House that places responsibility for prevention on perpetrators, not victims. As part of that campaign, the White House recently released a new anti-sexual assault PSA called “It’s On Us,” which was played at the MSU game on Saturday.

The White House PSA campaign is a huge step forward in ending victim blaming, and raising awareness about violence against women by calling on all of us to take responsibility for putting a stop to it. The reaction to the PSA by the crowd at the MSU football game shows me that we still have a long way to go.

To recognize that non-consensual sex is sexual assault.

To identify situations in which sexual assault may occur.

To intervene in situations where consent has not or cannot be given.

To create an environment in which sexual assault is unacceptable and survivors are supported.

It’s been 20 years since the Violence Against Women Act was passed, but thousands of women and men still experience physical abuse in their lifetime – 85 percent of domestic violence victims are women. Ignorantly booing a PSA that attempts to raise awareness of and change our victim blaming culture is no way to create an environment in which violence against women is unacceptable.