The Top Five Aramark Scandals You Haven’t Heard Of 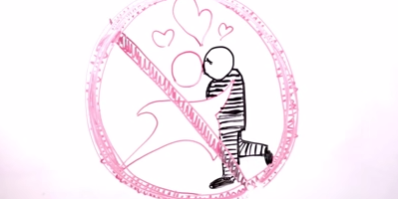 In the wake of recent revelations implicating Aramark employees in drug smuggling and even murder-for-hire in Michigan prisons, it’s worth taking a closer look at the company’s abysmal national and international record. From prison profiteering to endangering hospital patients and children, here are five of the worst out-of-state Aramark scandals that you might not have heard about yet.

1. Contributing to a Deadly Superbug Outbreak in Ontario

Aramark’s subpar cleaning services for the Niagara Health System drew fire for failing to prevent the C. difficile outbreak that swept through Ontario hospitals in 2011, resulting in more than a dozen deaths.

The Niagara Health System ended its contract with Aramark the following March, according to the Star.

2. Triggering a Prison Riot in Kentucky

Aramark’s poor-quality food set the stage for a riot at the Northpoint Training Center in Kentucky on August 21, 2009 that left eight inmates and eight guards injured.

Earlier that day, inmates protested the prison’s food services by throwing their meals on the floor, according to the Lexington Herald-Leader. Six buildings were destroyed in the riot, including those housing the kitchen and canteen.

State investigators later found that “there had been complaints for years about the quality of the food, the portion sizes and the continual shortage and substitutions for scheduled menu items,” in addition to concerns about kitchen sanitation.

3. Skimping on Prison Meals in Indiana

Aramark has also come under fire for shortchanging inmates in the Westville Correctional Facility’s maximum-security unit, who were given smaller-sized sack lunches instead of hot meals for nearly seven months, according to In These Times.

On the new prison diet, “people were losing weight, people were not getting the proper nutrients and calories,” one inmate told the magazine.

School sanitation has suffered since Chicago Public Schools outsourced management of custodial services to Aramark and another contractor earlier this year, according to a recent report from the Chicago Teachers Union.

A survey of the CTU membership revealed that Aramark’s cost-cutting measures have overburdened custodial staff, resulting in classrooms going uncleaned for days at a time.

“All of this dust and grime aggravates the respiratory systems of children and makes those with asthma and other respiratory problems seriously ill,” wrote one respondent.

Aramark was fined more than $240,000 by the Florida Department of Corrections in 2008 for “slow meal delivery, insufficient staffing and other contract violations,” according to the Tampa Bay Times.

Faced with a competitive bidding process and requirements to “add new, costlier food items, including French toast and squash,” the Times reports that Aramark chose to end its relationship with the Florida Department of Corrections later that year.

Aramark, which ranked 216 on that year’s Fortune 500, cited its “unsustainable financial position.”