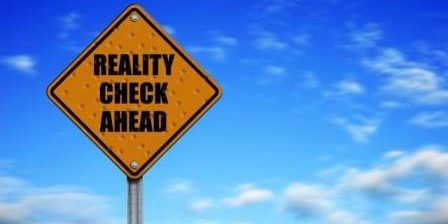 Last week a new group released an ad titled “Smiling”. The ad claims that, “All across Michigan small business owners are smiling.”, as images of smiling people flash across the screen.

The ad does feature one small business that we know is real – Bahah’s Repair Shop in Huntsville, Alabama.

I called and talked to the owner, Bahah himself. I asked him if he was aware that an image from his company’s ad was being used in a Michigan political ad. His response was shock, “What? No I have no idea why they did that.” He then put on his salesman hat and offered a proposal, “I feel like someone should compensate me for this. Maybe that group can get the governor to send a few state cars down here for repairs.” Too bad he’s not the governor’s cousin.

It gets worse for our friends at Keep Michigan Growing. On their Facebook page they asked small business owners to comment with “smile” if they are thriving in Snyder’s Michigan. With over 3,000 followers one would think there would be numerous comments. NOPE. After nearly a week, there are zero, zilch, not one comment. Maybe we can find positive Michigan small business stories on the group’s website under the “Stories” section? NOPE. The page has the bogus ad featured and again not one story about real Michiganders.

The truth is simple: Seniors paying the new retirement tax aren’t smiling about Snyder’s budget priorities, advocates for education aren’t smiling about the massive cuts to education under Snyder and apparently pro-Snyder front groups can’t even find real people to smile either. So if we’re using stock images, I guess we can use this image to describe the content of the “Smiling” ad.