This is what you call working? 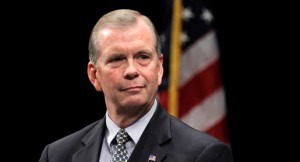 On Friday, Progress Michigan made a call to Michigan’s Congressional Delegation to either return or donate their paychecks during the government shutdown. Why? Because if federal employees don’t get a paycheck then it only makes sense for the people who made this happen not to get paid either.

However, Rep. Tim Walberg has continued to sip the Tea Party Kool Aid and is under the impression that Congress deserves their paychecks for bringing the country into crisis.

“I agree they shouldn’t be paid if they’re not working — we’re working,” he said.

This is what you call working?

According to the New York Times, the shutdown costs the national economy $300 million a day and 1.3 million federal employees are working without a paycheck, including the Capitol Police in D.C. who responded to the shooting last week. In Michigan, we’re losing $18 million a day in federal funding.

Republicans in Congress like Rep. Walberg are not working, despite their delusions to the contrary. Let’s be clear about that. They’re obstructing. They’re dragging their feet. They’re causing this country to plummet into financial and political catastrophe over a law (Obamacare) that was passed in 2010, vetted by the Supreme Court and essentially voted on by the American people in the 2012 presidential elections.

Lawmakers who shutdown the government don’t deserve to get paid — and the public agrees.

After mentioning Progress Michigan’s call to lawmakers, Lansing-based WLNS held a poll on their website asking “Do you think congressional members should get a paycheck during the shutdown?”

Well, the people have spoken. As of noon today, the poll results show an overwhelming majority of respondents — 96 percent — believe congressional members should NOT get a paycheck during the shutdown.

It’s time Rep. Walberg and his conservative cohorts listen to the rest of the country. The American people don’t want this shutdown and it’s time to end it.