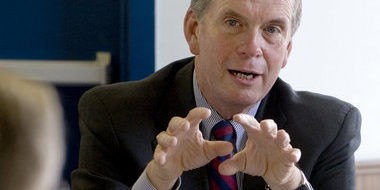 If federal employees don’t get a paycheck, neither should our elected officials

Progress Michigan is calling on our state’s Congressional Delegation to donate or return their salaries in the wake of the federal government shutdown. Hundreds of thousands of federal employees are going without pay while Republican demagogues use the opportunity to advance their political gamesmanship with radical elements of their party.

“If federal workers aren’t collecting a paycheck as a result of the shutdown, neither should congressional members,” said Lonnie Scott, executive director of Progress Michigan. “The Republicans in Congress created this mess and it’s time they pay for it — literally. We’re urging Michigan residents to contact their representatives and tell them to either return their paychecks or donate them to charity. Republicans don’t deserve to get paid for putting hundreds of thousands of people out of work.”

All of Michigan’s Republican Delegation voted to shutdown the government unless Obamacare was defunded. Shortly after the shutdown happened, Republicans began their political grandstanding by abusing photo opportunities with World War II veterans, blaming others for the shutdown they created and doing nothing to advance the country in a positive way.

“It’s time our Congressional Delegation put their money where their vote is,” Scott continued. “We’re calling on those who voted to shutdown the government and hold America hostage to donate or return their paychecks because that’s money they don’t deserve.”

Progress Michigan is encouraging Michiganders to let their representatives know that with no work, comes no pay.