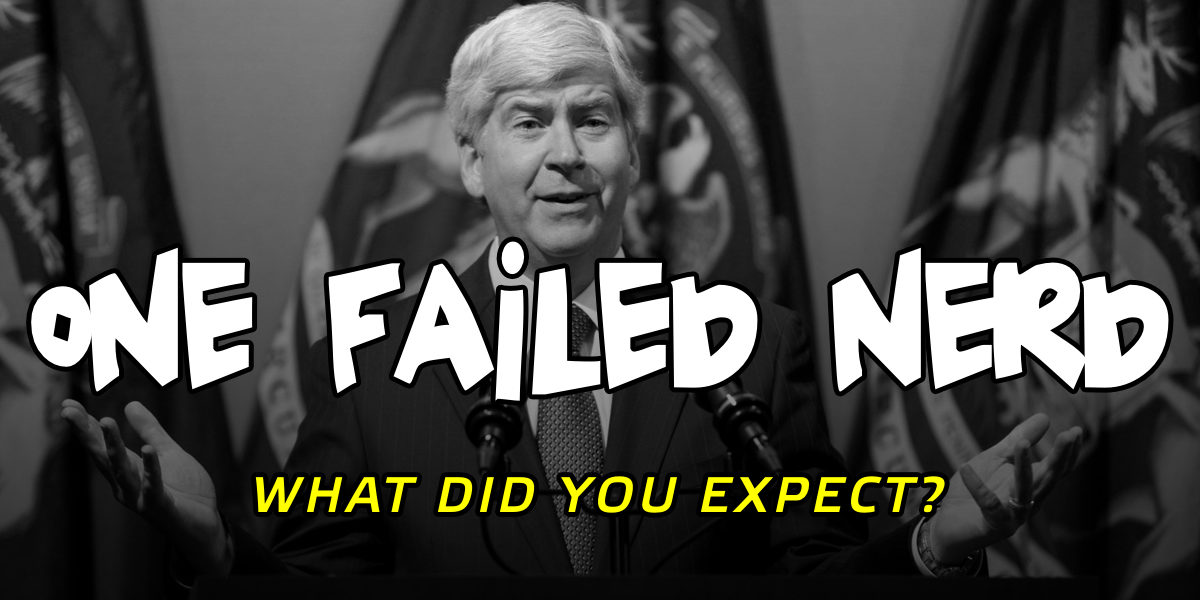 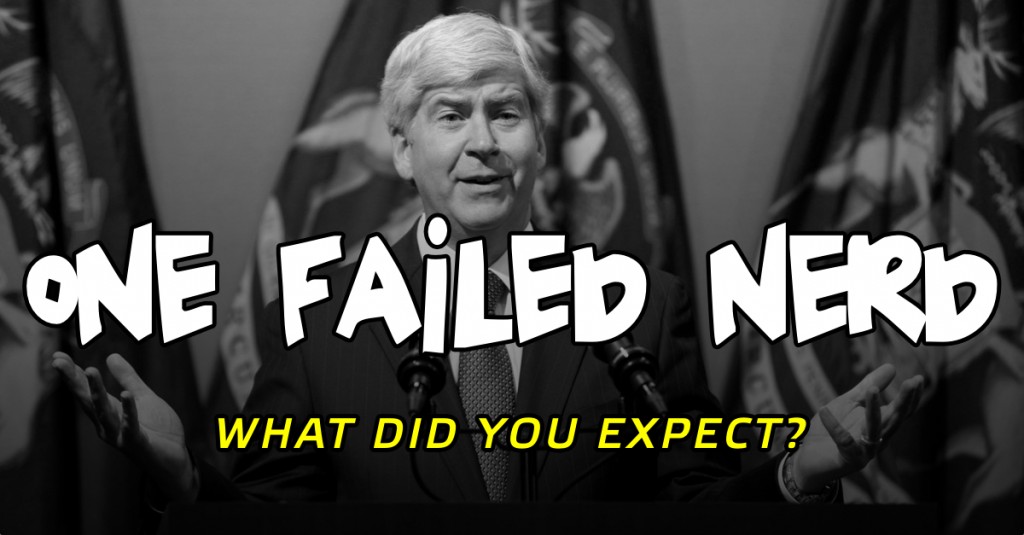 Governor Rick Snyder sold himself as an outsider: someone who would break through the partisan gridlock that had gripped Michigan, while making government more transparent, responsive and accountable to Michiganders. Snyder’s “simple, fair and efficient” solutions would reinvent Michigan’s economic motor and bring with them “more and better” jobs. As evidence of his nerdiness and commitment to transparency, Snyder created Michigan’s Dashboard to track our state’s progress – and so that he could be held accountable.

Those days are gone. Now, One Weak Geek doesn’t even bother with supporting evidence. When asked if Right to Work was creating jobs as promised, Gov. Snyder’s economic director Mike Finney said it was “too early to tell,” but that they were getting positive “anecdotal” feedback. Anecdotal feedback? As the former CEO of Gateway, Rick Snyder should understand better than most that “anecdotal feedback” won’t hold water in your quarterly earnings report and investors will respond in kind.

And it hasn’t. Michigan’s unemployment rate rose for the third straight month to 9 percent, making it the fourth-highest in the nation. In fact, Michigan was one of only 18 other states where the unemployment rate went up, while rates in 32 other states held constant or dropped. Nonetheless, three years and a whole lot of failure later, One Weak Geek is rebranding himself as One Successful Nerd for another run in 2014.

The ad begins with a montage of Michigan’s “failed” leaders up until Granholm, claiming he has already produced “more concrete results than Michigan has seen in decades” and he has “kept his word.”

Michiganders sent Rick Snyder to Lansing with a simple mission – bring home the bacon – and on that front he has utterly failed.

Shamelessly taking credit for the creation of 250,000 new private sector jobs in Michigan, Gov. Snyder includes 50,000 jobs created during the Granholm administration while ignoring the auto-rescue’s positive impact as evidence of his success. In fact, only 71,200 jobs have been added since Snyder took office.

But Gov. Snyder didn’t just promise more jobs, he said they’d be better jobs. Yet over the last three years – with Snyder at the helm – Michigan’s median household income has dropped to $46,859: a decrease of 3.27 percent. Unsurprisingly, Michigan’s median household income was on the rise during the Granholm administration (2007 – 2011) and only began its downward trend during the Snyder administration. 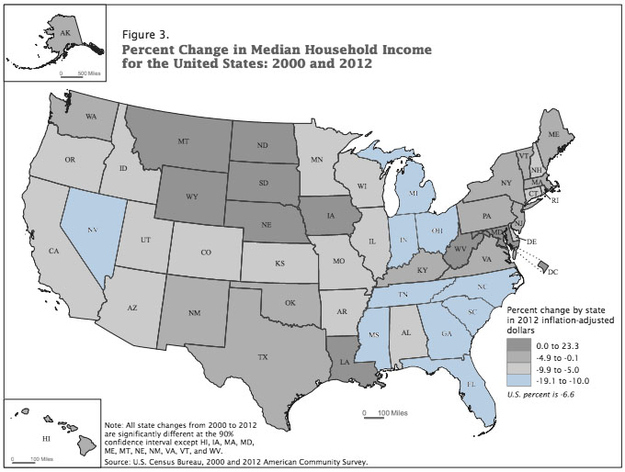 Concrete results? They must be related to the “anecdotal feedback” he keeps talking about because the only concrete result I see is that for the same money, Gov. Granholm brought home more bacon (value) than Gov. Snyder. Perhaps that’s why One Weak Geek refuses to back equal pay for equal work, as he’s getting the same pay for lesser work. How’s that for value-for-money government?

When Gov. Snyder promised “more and better jobs” what he really meant was that they’d be fewer in number and pay less. With his slick new ad, Gov. Snyder falsely claims “One Successful Nerd… Said it. Did it. And 50 out of 50? No way, and never again.” Never again? Michigan is dead last in median household income growth – literally 50 out of 50.

If this is Snyder’s definition of success, we’d hate to see what failure looks like. And in the words of Pope Francis, “Excuse me if I use strong words, but where there is no work there is no dignity.”