One Weak Geek doesn’t care what you think 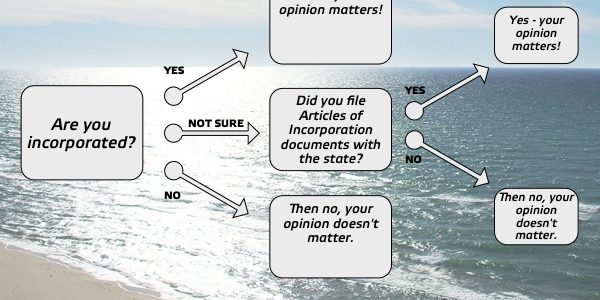 When a coalition of state employee unions asked Snyder if they could negotiate everything at once and save Michigan taxpayers money in the process, One Weak Geek said no. Why? Because in Michigan your opinion only matters if you’re incorporated.

Think about it: We gut our education budget and started taxing folks living on fixed-income as part of a multi-year multibillion dollar transfer of wealth to big business that was supposed to create “more and better jobs”, but it hasn’t. When asked to provide evidence of Right to Work’s success One Weak Geek said it was impossible to know and you just have to respect that.

Impossible to know? What happened to Snyder’s nerd-love affair with dashboards and data-points? He billed himself as a bookish moderate businessman who would break through partisan gridlock and reinvent Michigan’s motor with “simple, fair, and efficient” solutions and make us the “Comeback State.” The self-described One Tough Nerd put together a dashboard to track Michigan’s progress as proof of his commitment to a more responsive and transparent government.

Looking back, One Weak Geek probably regrets that decision. Two years ago, we found that Snyder’s crack digital team was moving the goalposts on Michigan’s Dashboard so they could turn the red thumb downs into green thumb ups. Now, One Tough Nerd doesn’t even bother with supporting data and has started putting green thumb ups where they clearly don’t belong. 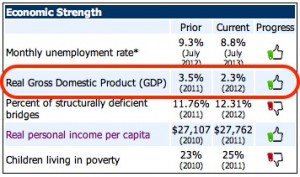 While One Weak Geek cheerleads Michigan’s comeback despite evidence to the contrary, Michiganders are left wondering “Where are all the ‘more and better jobs’?” You can’t set the table with broken promises and empty rhetoric isn’t very filling. Gov. Snyder claimed Right to Work would jumpstart Michigan’s economy and businesses would flood the state, citing recent Right to Work state Indiana:

Just look say at Indiana that did this in February that they have literally gotten companies coming to their state that wouldn’t come before, that are bringing thousands of jobs.

One Weak Geek likes to say you should treat everyone like a customer – and Michiganders are no different. Michigan is the company, large corporations are majority stockholders, and we’re the “customers” who have no choice but to buy. That’s Snyder’s Pure Michigan.