What the frack is he talking about?

Alex Epstein, a fossil fuel junkie and founder of The Center for Industrial Progress was recently on Fox News where he gave a glowing review of fracking and how it’s actually “incredibly good for the environment.” Yes, you read that correctly. He said it’s “incredibly good” for our natural world. 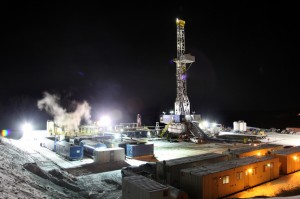 During his short time on Fox, Epstein had some wild claims about fracking:

“Fracking is actually incredibly good for our environment”

Fracking is nothing more than continuing the status quo of using harmful, CO2-laden fossil fuels that contribute directly to climate change. In no way, shape or form are fossil fuels ever good for the environment. But as a crony for the oil industry, no one should expect Epstein to admit this.

“…the last thing that’s going to contaminate your groundwater is a fracking operation.”

Again, Epstein’s claims fly in the face of reality. Not only can fracking contaminate groundwater — it already has in numerous areas across the country. Studies have shown that fracking operations have been connected to contamination of groundwater systems in Texas, Wyoming and Pennsylvania.

“Look at the places with the best environments, they’re the places that use the most energy.”

Has Epstein ever heard of the smog problem in China, which happens to be one of the biggest energy consumers in the world? And India, another country that has some of the highest energy usage, also has the some of the unhealthiest air in the world. His claim that using more energy (aka fossil fuels) somehow makes for a cleaner environment is ludicrous.

“Because nature doesn’t give us a clean environment, we have to clean it up, that takes a lot of energy to purify the water, to grow crops to make the world a better place…”

Seriously? I guess I never realized that rising mercury levels in Great Lakes birds and fish was the doing of Mother Nature. And who can forget the Gulf of Mexico BP oil spill in 2010. Spilling 205.8 million gallons of oil into the ocean was clearly an act of nature as well.