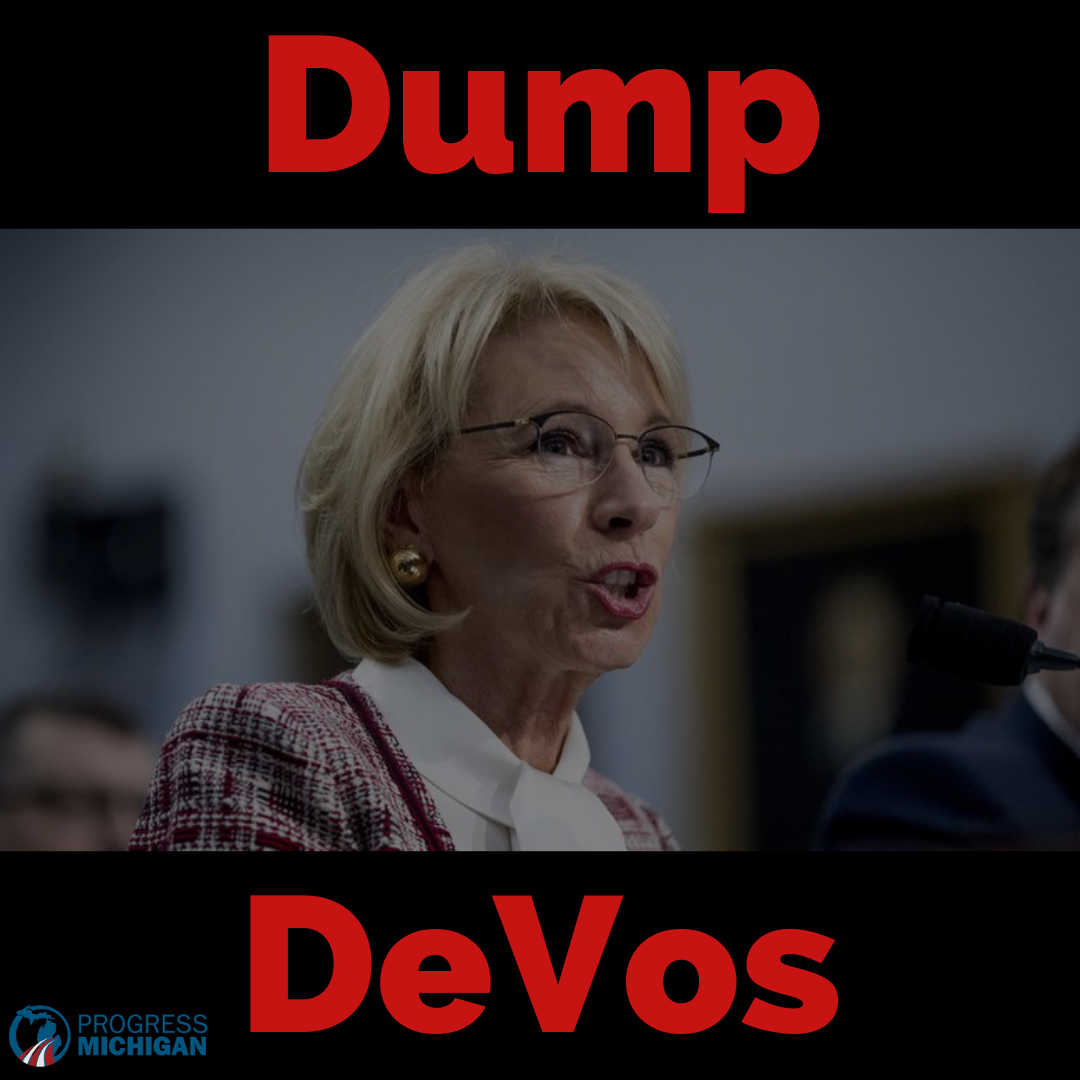 Last week, Capitol Confidential published an article whining about an Ann Arbor teacher who wrote and directed a musical about Betsy DeVos and her family’s disastrous impact on Michiganders and our public schools. The musical was an effort by a private citizen to poke fun at a very powerful and very public figure, but they still found it appropriate to personally attack him and his credibility, just because they didn’t like what he had to say.

Quinn Strassel spent his summer putting together “Betsy DeVos! The Musical!” because he’s frustrated by the decline our state has seen in education outcomes and sees theater as a productive and engaging way to talk about real-world problems. The musical—which, for the record, sounds hilarious—provides a fun opportunity for community members to come together and confront the influence Betsy DeVos has had on our schools.

And, for what it’s worth, he’s right about the role Betsy DeVos and her family have played in screwing over our public schools. Over the past two decades, she’s constantly pushed policies to promote “school choice,” a phrase that sounds very nice but actually means defunding public education and funneling money into corporate-run charter schools—and those policies have left our schools struggling to get by in the midst of a literacy crisis and a teacher shortage.

In their article about Strassel’s musical, Cap Con doesn’t really refute any of his claims about Betsy DeVos being an all-around terrible person who has had an undeniably negative impact on our schools. They just deflect by trying to pretend our school funding system is fine, which we all know it isn’t.

Even worse, they try to discredit Strassel based on the fact that he himself has a decent salary and recently received a pay raise, as if not being personally harmed by a problem means you’re not allowed to care about the people who are—actually, that’s called having empathy and it’s a very good thing.

Their complaints are especially funny considering how much Cap Con writers love to rant about free speech in articles where they pretend conservatives receiving backlash for their hateful ideology is somehow a violation of their first amendment rights—a principle they’ve conveniently abandoned at first sight of someone using free speech in a way they don’t like.

The fact of the matter is, Cap Con has no leg to stand on here. Quinn Strassel is telling the truth and drawing attention to a problem that affects communities across Michigan in a way that’s fun and engaging. Maybe they’d rather people remain ignorant about why our schools are struggling, but for an outlet that claims to value free speech rights to attack Strassel for exercising his is just plain hypocritical.