Education for Children, Not for Profit 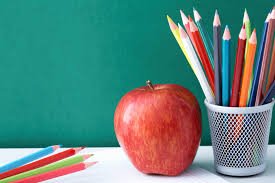 This week, teachers in LA are on strike for the first time in 30 years, demanding better pay and smaller class sizes. Their strike reflects a broader debate between two approaches to education policy: those who want to lift up public schools, and those who favor privatization in the form of for-profit charter schools.

Here in Michigan, the same debate is ongoing. Our public schools are underfunded and struggling—and rather than pass meaningful reforms that would help ensure every child can receive a quality public education, Republicans have pushed changes that undermine public schools while funnelling money into charter schools to please corporate donors like Betsy DeVos.

In eight years of total Republican control, our lawmakers cut teachers’ pensions and reduced funding for K-12 education (although they had money in their budgets for corporate tax breaks). In the face of a literacy crisis, our Republican attorney general argued that kids don’t have the right to learn to read. During last year’s lame duck session, the GOP passed a bill to implement an A-F grading scale for public schools.

These reforms won’t help our public education system, because helping our public education system isn’t what the Republican Party is after. Under the banner of “school choice,” Republicans in Michigan and across the country have consistently pushed for education privatization—never mind that charter schools don’t provide equal opportunities for all students, or that students can be left in the lurch when a school unexpectedly closes during the school year.

We believe Michigan can be a state where every child has a chance to succeed—but allowing corporate interests to run our school system isn’t the way to get there. Instead, let’s resolve again to fight for a system where students are the priority, teachers receive the respect they deserve, and all our public schools have the resources they need.