Tom Leonard is Not Fit to Lead 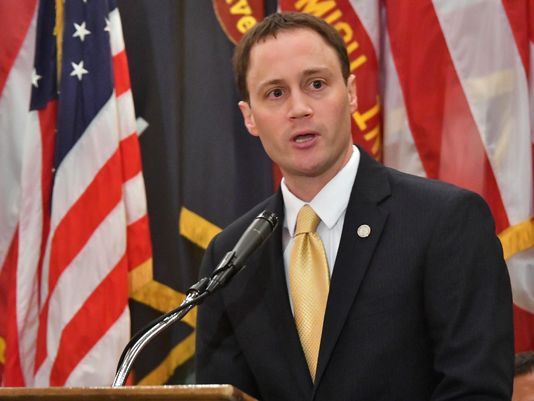 When we picture the attorney general our state needs, we think of someone honest and dependable, someone with a proven track record of standing up for the people of Michigan. Republican House Speaker Tom Leonard doesn’t exactly live up to that expectation.

During his career in our legislature, Tom Leonard has supported and helped pass dozens of policies that directly hurt ordinary Michiganders. His failures to stand up for his constituents span a variety of issue areas, but are united by one common theme: When it comes to Tom Leonard, corporate interests trump everything else.

Leonard’s record doesn’t lie. From voting for a bill allowing corporate polluters to regulate themselves to his failure to take action toward changing an existing law protecting big pharma from accountability for their actions, Leonard has disregarded public health and safety in service of his corporate cronies. He has also opposed affordable health care at every turn, doing the bidding of his donors even when that meant making it more difficult for Michiganders to afford the care they need.

In 2017, he tried to push a bill that would abolish Michigan’s income tax through the legislature, a move even Republicans agreed would gut public programs and only benefit the ultra-wealthy.  When some GOP representatives chose not to support his irresponsible plan, he used his position as speaker to improperly pressure them to vote yes, even revoking a member’s committee chair position as punishment for a “no” vote.

In addition to Leonard’s pro-corporate actions, we also have a pretty clear picture of his motives. He takes money from groups like the Michigan Chamber of Commerce and the DeVos family. He went on a trip to London funded by corporate lobbyists. He has refused to advance financial disclosure bills to increase transparency in the legislature. He’s also voted repeatedly to increase the amount of power corporations hold in our elections. With all this in mind, we have to ask whether Tom Leonard is someone we can trust to put the people first.

Leonard wants to sell us an image of an upstanding guy who will work hard to protect us, but we’re not buying it. His clear ties to corporate interests, failure to stand up for ordinary Michiganders, and vindictive behavior as House speaker make it clear he is not fit to lead.