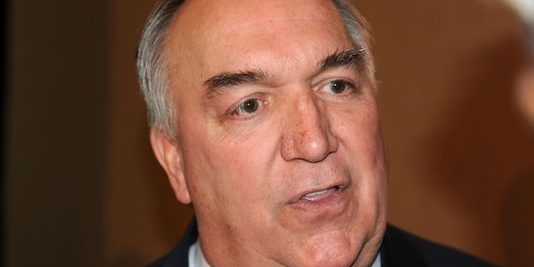 MICHIGAN — In the wake of reports that MSU President John Engler tried to buy the silence of a sexual assault survivor who wanted to help the university change, Progress Michigan is calling on John Engler to resign.

The Lansing State Journal has more details on the encounter that was described by a survivor at the Michigan State Board of Trustees meeting today.

“Like we said from the beginning and like he has proven repeatedly, John Engler is not the right person to change the culture at MSU, help survivors move forward, and hold people accountable. He needs to step down,” said Lonnie Scott, executive director of Progress Michigan. “The story we heard today was sickening and a direct affront to any possibility of culture change at MSU. Engler seems only interested in one thing: money. That’s not what the university, the MSU community, and most importantly, the survivors, need right now. It’s time for Engler to go.”

John Engler was the wrong choice for MSU from the beginning, as a he has a history of dealing with sexual assault issues the wrong way.