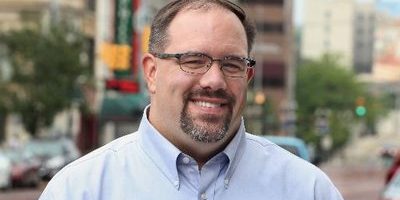 Leadership isn’t a word many would associate with our elected officials in Lansing during the last decade. With Governor Rick Snyder’s failures in Flint, Detroit, and the roads, and Bill Schuette’s failure to protect all people, many have a sour taste about leadership in Lansing. However, one leader stood out in 2017 – Senate Minority Leader Jim Ananich.

Ananich has introduced statewide paid sick leave legislation every term since he came to Lansing in 2011, and 2017 was no exception. He has also stood with workers to protect wages by opposing the repeal of prevailing wage legislation, as well as fighting to repeal the so-called “right to work” law passed in 2012.

Ananich is a proud legislator from the City of Flint who fought for hearings by the state on the failures that led to the water crisis. He has sought to continue providing solutions to the Flint water crisis by introducing legislation to reduce the lead action level to ensure action sooner by those in charge, as well as introduced legislation to create a childhood lead commission, require state departments have environmental justice plans, increase penalties for those who violate the Safe Drinking Water Act, and more to make sure no other Michigan community has to go through what the people of Flint have.

In the fall of 2017, Senator Ananich was also the lead sponsor on legislation to designate Flint as a Promise Zone, enabling children in his city to have access to tuition-free college education.

To cast your vote for Senator Ananich click here.