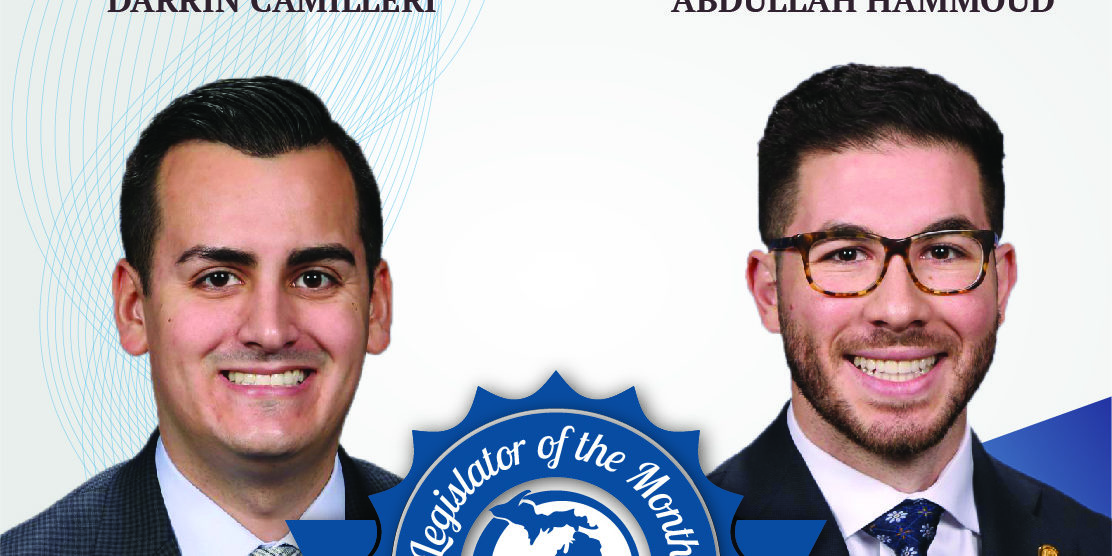 LANSING — Progress Michigan has named State Representatives Abdullah Hammoud and Darrin Camilleri as the co-winners of its Legislator of the Month award. Hammoud and Camilleri were named for their efforts to engage young people in Dearborn and Downriver in the political process.

“Decisions made day after day in Lansing and Washington, D.C. will affect the lives of young people for generations. Because decisions about their future are being made today, it is vital to engage young people in the political process now,” said Lonnie Scott, executive director of Progress Michigan. “Because of the work of Representatives Hammoud and Camilleri, more young people will get involved and have a greater voice in our democracy. That’s good for all us. We are honored to award these two committed elected officials as Legislator of the Month for December.”