Schuette Needs to Investigate Calley’s Travel While in Office 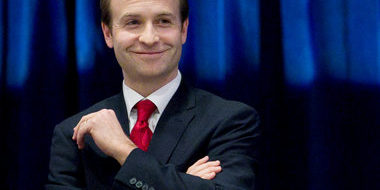 LANSING — Progress Michigan is calling on Attorney General Bill Schuette to launch an investigation into the Lt. Governor Brian Calley’s out-of-state travel that caused him to miss numerous days of work in 2013 and 2014.

“Attorney General Schuette’s lieutenants have recently raised this as an issue and we agree with them that Lt. Governor Calley’s travel deserves further scrutiny,” said Lonnie Scott, executive director of Progress Michigan. “In fact, Bill Schuette should have launched an investigation into this matter when it came to light years ago, but it seems Schuette didn’t think this was a big deal when he was running on the same ticket as Calley.”

Progress Michigan broke the story of Calley missing 61 of 177 session days in the state senate where Calley serves his constitutional role of President of the Senate. Lt. Governor Calley never faced questions from the Attorney General until the past week after Calley questioned Schuette’s use of his office staff for political gain.

“The people of Michigan deserve to know, once and for all, if Lt. Governor Calley used public funds for travel, tuition or other costs associated with his Ivy League education,” Scott continued. “Bill Schuette has the power to get to the truth of the matter and let us know if Calley was serving himself instead of working for the people of Michigan and if he ever paid back the state for hours he was off when he should have been working for taxpayers. Schuette should put his office’s investigative power to use and not hide behind his hired guns working on behalf of his campaign.”