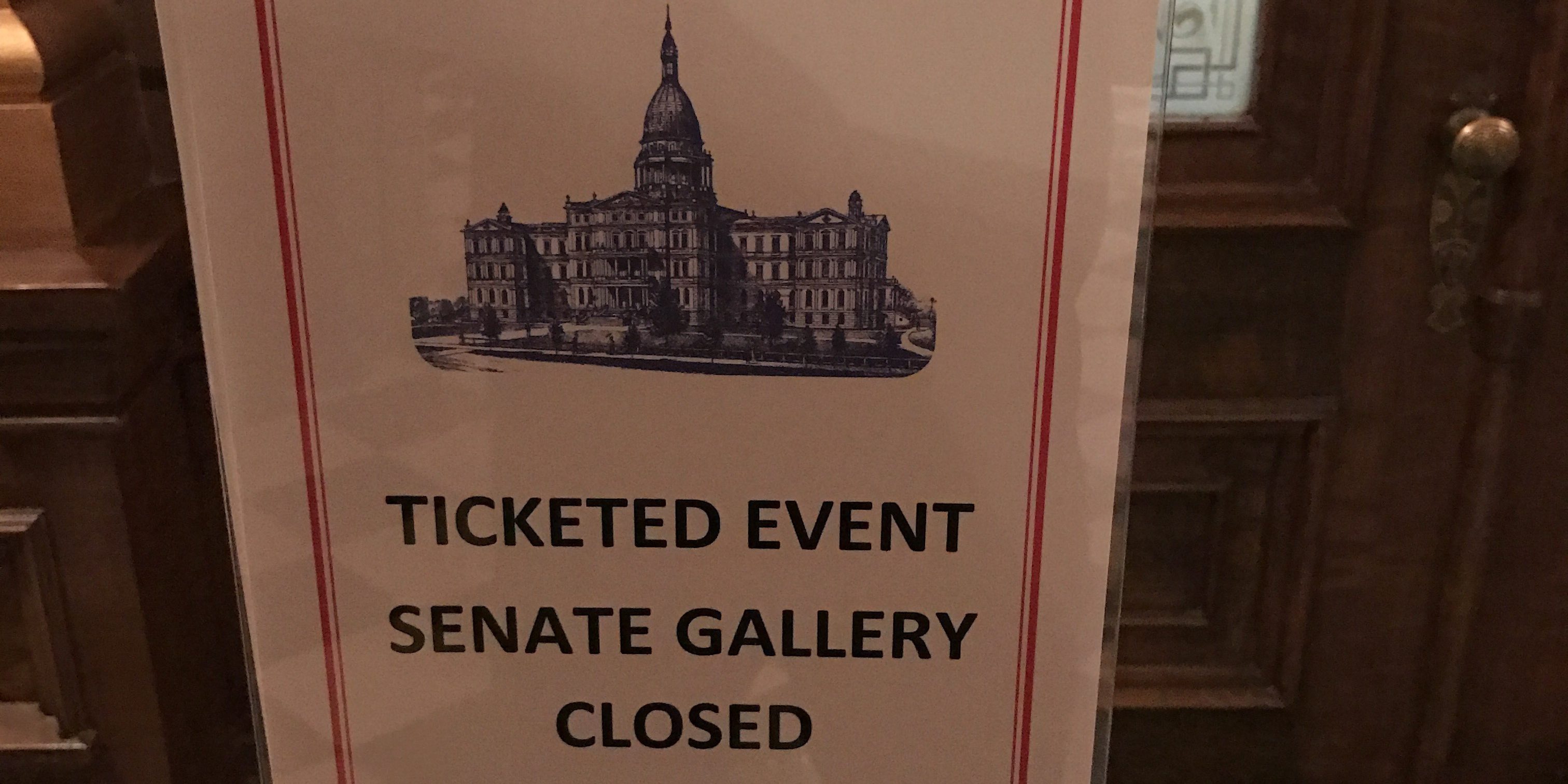 LANSING — The public was blocked from witnessing presidential electors cast their ballots today because the Republican Party controlled the “tickets” to the Senate gallery in the Michigan Capitol, effectively blocking the public at large from having access to the democratic process. Progress Michigan made a call to the Republican Party HQ this morning and was informed that tickets were “sold out.”

“This is how Republicans in this state and country do business, they rig the rules to stifle the public’s right to organize and access our democratic processes. We’ve seen this with emergency manager laws, GOP staffers filling seats in the galleries during the right to work debate, the attacks on democracy in North Carolina, and their attempts to fine protesters in Michigan,” said Lonnie Scott, executive director of Progress Michigan. “MI Republicans are treating the Senate Gallery, which belongs to the people, like a country club – picking and choosing who has access and who doesn’t. The public has a right to see their democracy in action. It’s disgusting that the ruling party is using their power to block Michiganders from accessing their own State Capitol.”

A photograph of the sign can be viewed below.