Did Justice Viviano Vote to Stop MI Recount Because He’s A Trump Supporter? 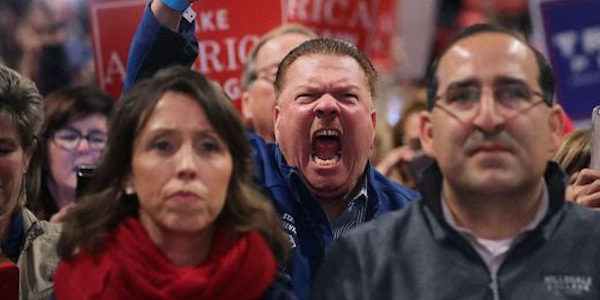 Did Justice Viviano Vote to Stop MI Recount Because He’s A Trump Supporter?

Viviano appears in two photos from a Trump rally that took place in Sterling Heights on November 6th. Viviano appears to be standing at the front of a crowd of Trump supporters sporting a Hillsdale College alumni sweater.

“The question is simple, did Justice Viviano vote to end the recount because he is a Trump supporter? Michiganders deserve to know the answer,” said Lonnie Scott, executive director of Progress Michigan. “Two Justices had to recuse themselves from ruling on this case because there was a clear conflict of interest and we believe Justice Viviano needs to be questioned on his own motivations for how he voted.”

On Friday, the Michigan Supreme Court ruled against Jill Stein’s recount appeal in a 3-2 ruling. Chief Justice Robert Young Jr. and Justice Joan Larsen were disqualified because they were on Trump’s U.S. Supreme Court shortlist. The three remaining Republican Justices, Stephen Markman, Brian Zahra, and Viviano voted to uphold the Court of Appeals decision, which halted the recount.

Photos can be viewed below.