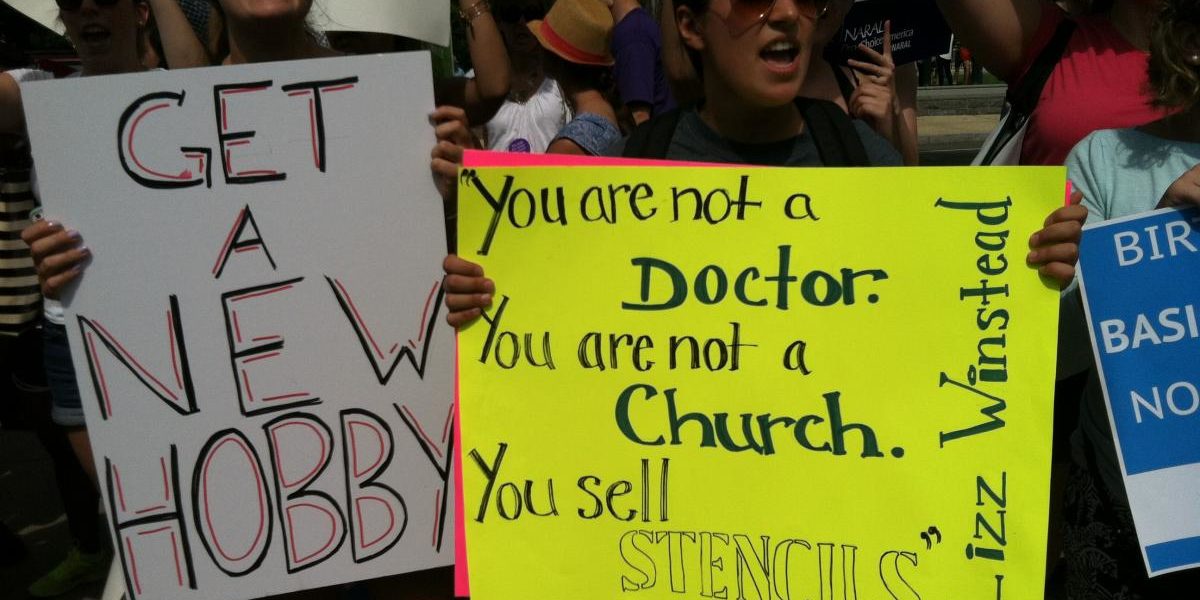 Today, the Michigan Prayer Breakfast Committee held their annual prayer breakfast in Lansing. The prayer breakfast is a time each year when corporate-backed organizations, conservative elected officials, and out-of-control capitalists come together to pontificate about “following the ways of the Lord” while simultaneously attempting to disenfranchise struggling families, women, and LGBTQ people; undertones of homophobia and racism included. This year’s keynote speaker at the breakfast is Steve Green, President of Hobby Lobby.

The fact that whoever sponsors the Michigan Prayer Breakfast (according to the website it’s “an Ad Hoc committee of individual citizens,” meaning that the people and/or groups who sponsor the breakfast don’t want you to know that they sponsor the breakfast) chose Steve Green to speak as a representative of people of faith in Michigan speaks volumes about the values they espouse…whoever “they” are.

Following the Hobby Lobby decision, Republicans in Indiana quickly passed a bill to allow businesses to discriminate against anyone who violates their religious beliefs. Republicans in twenty-three other states, including Michigan, are also attempting to legalize discrimination. And it all started with Hobby Lobby.

As conservatives continue attempting to block women from accessing affordable contraception and allow businesses to turn away LGBT people or refuse to provide employees with medical care, remember that this isn’t about practicing religion, it’s about kneeling to the altar of capitalism and Steve Green.