Liberty and Justice for Some 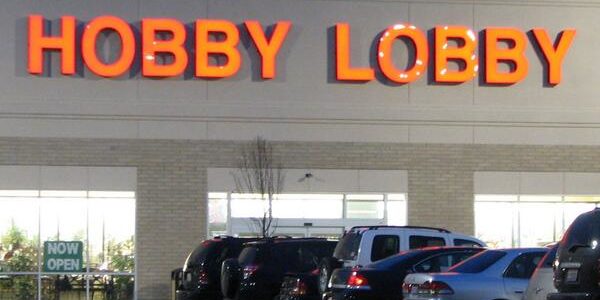 In this country, we value religious liberty. Religious liberty means more than possessing the right to practice your beliefs as you wish, it also means having the freedom not to have religion imposed on you by others. Religious freedom has always been just that, free.

But as of today, that freedom has a price tag.

We could go on for days about everything that’s wrong with the Supreme Court decision to allow Hobby Lobby, and other wealthy corporations, to refuse to cover birth control for female employees because of their self-professed religious objections, despite the fact that a majority of Americans do not think that employers should have the ability to limit coverage for contraception based on religious beliefs. And yes, this decision only applies to women, these corporations will continue to cover male contraception. But, one of the most disturbing aspects of the court’s ruling is that now corporations have a greater right to exercise their religious freedom than you do.

So, sorry to anyone who doesn’t hold the same religious beliefs as your wealthy corporate employers because according to the Supreme Court, your beliefs don’t matter.

If CEO’s are allowed to deny their employees birth control, what’s next? Other than the fact that thousands of women across the nation will struggle to afford contraception that is essential in preventing pregnancy and abortions, that is.

“Would the exemption…extend to employers with religiously grounded objections to blood transfusions (Jehovah’s Witnesses); antidepressants (Scientologists); medications derived from pigs, including anesthesia, intravenous fluids, and pills coated with gelatin (certain Muslims, Jews, and Hindus); and vaccinations[?]…Not much help there for the lower courts bound by today’s decision.”

Along with the Hobby Lobby decision, Michigan women can add this to the laundry list of attacks on our reproductive rights: Gov. Snyder approved the $800,000 that we blogged about last week to Real Alternatives. The Pennsylvania anti-choice group discourages contraceptive use and uses dishonest tactics to counsel women against ending a pregnancy. As a result, programs like school-based health clinics or comprehensive sex education will go without funding.

Freedom of religion is the very heart of America. The founders of our nation supported it and many of their families came here to escape governments that imposed religion upon their citizens. The Supreme Court’s decision goes against the very foundation that our nation was built upon – that everyone has the right to practice their religion and be free from religious tyranny.

This fight isn’t over. We’ll continue to hold corporations and politicians accountable to help ensure that everyone has the opportunity to make their own private health care decisions. We just won’t purchase our sign-making materials at Hobby Lobby.