The Truth About the Detroit Water Shutoffs 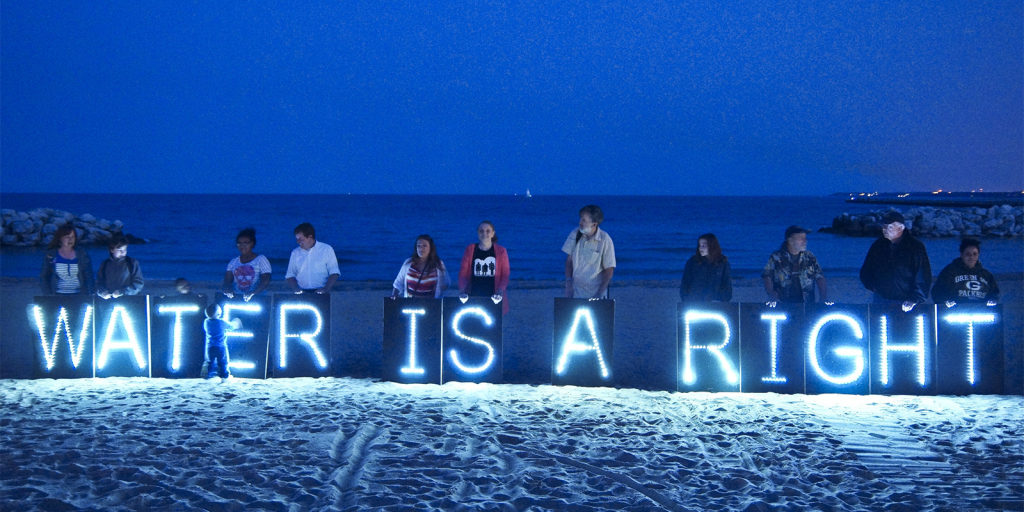 Ever since the City of Detroit started shutting off water to low-income residents last summer in what United Nations investigators denounced as a human rights violation, city officials have maintained that they are simply responding to Detroiters’ failure to pay their bills.

The independent investigative outlet Motor City Muckraker recently revealed that the city had shut off water to residents with up-to-date bills, including a Detroit Free Press editor. When called on it, the Detroit Water and Sewerage Department (DWSD) told Muckraker that a clerical error resulted in 11 such shutoffs.

But that story didn’t hold up, either. In a follow-up Facebook post, Motor City Muckraker charged that DWSD and Mayor Duggan “lied to us” about the mistaken shutoffs and apologized for passing on misinformation, saying that “the numbers are much higher than the administration wanted the public to believe,” and promising another story.

The truth is that Detroit’s officials don’t know exactly whose water they’re shutting off – and the economic elites pulling the strings don’t care. It’s worth remembering that at the height of the recession, the major banks engaged in millions of wrongful foreclosures, committing fraud and breaching their own contracts in their frenzy to seize people’s homes. This period witnessed the most “wealth destruction of people of color … in American history,” according to the AFL-CIO’s special counsel. Not coincidentally, it has also seen record corporate profits.

Unpaid bills aren’t the problem – they’re the pretext. For Gov. Snyder and his corporate allies in the business community, Detroit’s neighborhoods are more profitable with the current residents gone. Policies like the water shutoffs and mass tax foreclosures will effectively make life unlivable in certain areas of the city, driving out long-time residents and clearing the way for more “development” and its attendant influx of young white professionals. It’s urban colonization, pure and simple.

And it’s not just a Detroit problem. Twenty-five thousand households in Baltimore will have their water cut off this week in a similar attack on low-income people, according to Think Progress. But until progressive activists grapple with the financial considerations underlining these battles over water rights, they will remain on the defensive.