If Your Ancestors Came Here Legally, It’s Because The Government Let Them 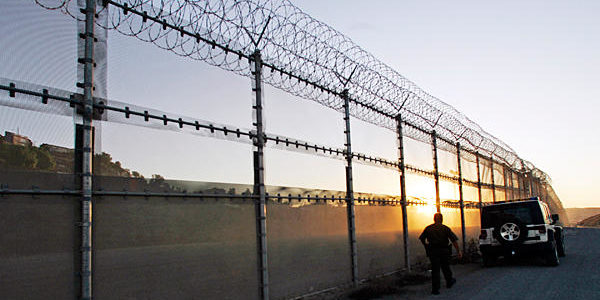 While lawmakers continue to clash over President Obama’s immigration action, another challenge to the measure is coming from Michigan Attorney General Bill Schuette, who has sued the administration over its plan to scale back deportations.

This is nothing new for Schuette. Back in 2011, he led nine other state attorneys general in defending Arizona’s infamously anti-immigrant “papers, please” law. At the time, he claimed that “the enforcement of immigration laws and security of our borders should be a top priority for the federal government.” He uses the same neutral-sounding language now, insisting on a “lawful” immigration policy and observance of “the rule of law.”

Schuette’s reverence for the law is hardly surprising. He is, after all, the state’s top lawyer. But his remarks are emblematic of the wider conservative obsession with the distinction between legal and illegal immigration, with all its attendant demands that prospective immigrants “follow the law,” “wait in line,” and enter the country “the right way,” like one’s ancestors did.

What this argument conveniently ignores is that U.S. immigration laws have always discriminated against some groups to the benefit of others. While Ellis Island may have opened its doors to northern European immigrants, laws like the Chinese Exclusion Act and the Immigration Act of 1924, which restricted African immigration and barred Middle Eastern and Asian immigrants, show that this treatment was far from universal. If your ancestors came here legally, it is because the government allowed them to do so – not because they are morally superior to the undocumented population.

This is not simply a matter of historical injustice. Inequality in the immigration system persists today through policies that welcome highly educated, “skilled” professionals while denying access to those who lack similar means. Undocumented people do not “choose” illegal immigration. Rather, it is policymakers who choose it for them by criminalizing certain categories of people along race and class lines, and then punishing those who have been forcibly excluded for taking matters into their own hands.

Anatole France once wrote, “In its majestic equality, the law forbids rich and poor alike to sleep under bridges, beg in the streets and steal loaves of bread.” By a similar twisted logic, the law Schuette champions prohibits immigrants of all nationalities and economic backgrounds from crossing the hostile terrain of the southern border. But it is obvious that those most harmed by the current draconian policies are low-income people of color.

Despite Schuette’s pretensions, the law is not neutral. Like modern-day Javerts, enforcing the law without regard for justice, he and his nativist allies would restrict the American dream to those who can afford it.