Another Pothole, This Time in Snyder’s Budget 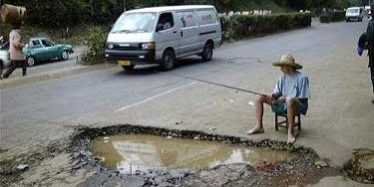 It’s that time of year again when Governor Snyder and our legislators start planning the 2016 state budget. They like to tell you how planning the budget is the same as balancing your checkbook at home, but it’s not. Planning the state budget for the year requires dozens of elected officials and economists to work together over the course of several months to determine what choices must be made to ensure that they’re meeting the needs of Michigan residents. The budget they create will impact the lives of over nine million people who live in this state, including you.

Unfortunately, over the last several decades, the budgets our elected leaders have crafted have not reflected our priorities. I’ve spent a lot of time over the last year talking to local elected officials, teachers, parents, and students about how cuts to the state budget have impacted their communities, and everyone is hurting.

In Utica, lack of revenue from state legislators means that the local government is almost to the point where they can’t provide police and fire protection or maintain the city’s public library. In Dearborn City schools, teachers have to pay out of pocket for basic things like glue, pencils, paper, and cleaning supplies for students. Parents in Grand Rapids have told me how they’ve seen K-12 class sizes in schools across the county nearly double over the years, even as teachers are laid off.

I’ve talked to college professors who have watched as their students were forced to drop out because they couldn’t afford the cost of tuition. I’ll probably be paying off my student loan debt for the next ten years, minimum, and have friends who are in far worse situations than I am. I’m sure you have your own story to tell about what’s happening in your community.

This is the reality for most of us in this state. Most of us, that is, except the wealthy and big businesses. Two-thirds of Michigan businesses don’t pay an income tax at all and residents making over $300,000 per year pay proportionally less in taxes than Michiganders making less than $17,000 per year. That’s because our legislators passed policies that are intentionally designed to ensure that the wealthy and big businesses aren’t required to pay their fair share – an imbalance that keeps most of us living from paycheck to paycheck and prevents us from having enough revenue to fix our roads and fund our schools and communities.

In 2011, Governor Snyder doubled down on this failed “trickle down” theory and gave corporations another $1.8 billion tax cut that was paid for by further cuts to our communities.

It wasn’t always this way. Michigan’s economy was once on the right track. Detroit’s population was once increasing. Our elected leaders once recognized that lining the pockets of the super-rich and big businesses aren’t what drives our economy forward, everyday people are. That our taxes pay for public education, public health, public parks, sanitation, police, and all the public services that make our cities livable.

Until our elected officials wake up and realize that depriving students of a good education, stealing money from local communities, and neglecting our transportation infrastructure in order to provide more tax giveaways doesn’t work, then we’ll keep heading straight for a cliff.