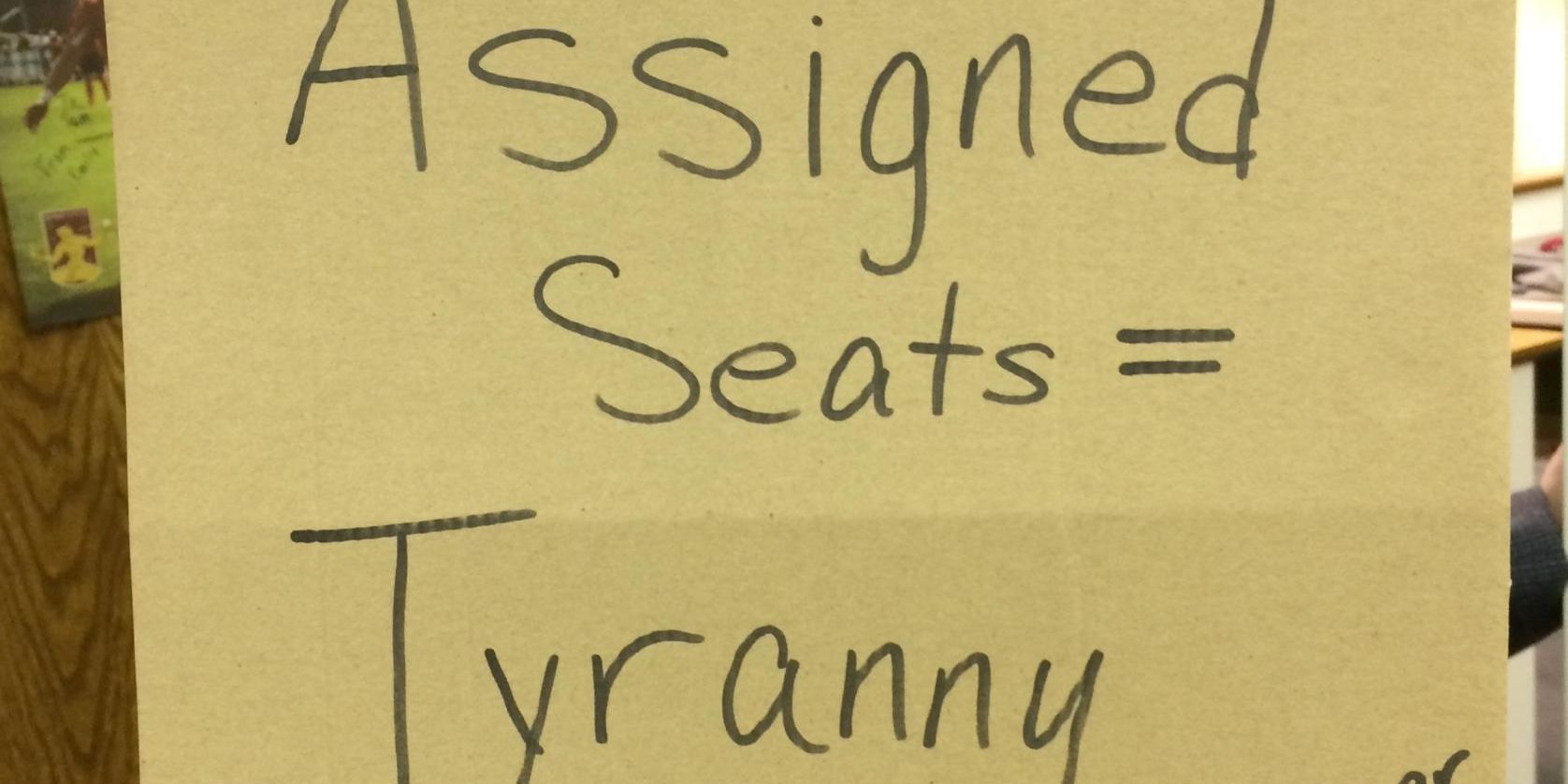 This week, Representative Todd Courser issued a long, rambling statement complaining about the process of how he was assigned a seat in the House of Representatives. Courser’s complaint followed an earlier fight over the design of his office. You read that right, a newly elected member of the House of Representatives is more worried about where he sits and interior designing than he is about fixing our roads, educating our children or finding a fix to Gov. Snyder’s budget hole that doesn’t cut vital government functions.

Rep. Courser seems to believe that these trivial matters are important for liberty, freedom and the cause of conservatism. I think that he spends too much time pretending that he’s living in Boston circa 1774 and not enough time living in the reality of 2015. To that end, I offer the following rants to Todd Courser free of charge. Rep. Courser should feel free to post the following rants word for word and actually spend time working on issues important to Michigan.

What about the coffee?

The issue I need to bring to light today is that of the coupons handed out by Biggby Coffee. It has come to my attention that the “Buy One, Get One Free” coupons are filled with language that limits individual freedom and ultimately leads to higher cost coffee.

Right on the front of the coupons is a line that says the coupons can only be used for a limited time and then list the dates that we are FORCED to use the coupon. THIS IS TYRANNY! Our Founding Fathers didn’t dump tea into Boston Harbor so that Biggby Coffee could limit our freedom to drink a free cup of coffee.

This is how the machine keeps its grip on power. Think about it. The coupon dictators at Biggby clearly want to keep us in their grip by forcing us to blindly follow their orders by submitting to their arbitrary timelines. Like Thomas Paine said, “It’s common sense that we should be able to use coupons whenever, wherever, however. Because – Freedom!”

This type of behavior will ultimately lead to tyrants ruling over us. I will continue to fight this oppressive behavior and I apologize for any actions I’ve taken that have led us down this road to ruin.

Not gripping a free coffee…

What in the world is up with the “Official” state seal?

Last week, I submitted my version of the state seal for use on all official documents released from my office. The current seal is fine and I have no problem with any individual element contained within the seal itself. The problem I have is that everyone using the same seal is the first step in a long march towards collectivism that will lead to communism that will lead to socialism that will ultimately lead to everyone wearing the same t-shirt (probably with Barack Obama’s face on it.)

That’s why I designed a seal that matches my values while still adhering to the traditions of the current seal. In my seal, I have two Michigan elk sitting in an open office environment. One elk is drinking a coffee while the other is sipping a vanilla bean latte that he clearly got for free using an expired BOGO coupon. The elk are pouring over the seating chart for the House chamber and choosing their own seat without tyrannical oppression.

Apparently, state law doesn’t allow me to alter the state seal. Do you know where else you’re not allowed to alter the official seal of state? That’s right, Mother Russia! I would only remind my detractors of the words of the musician Seal (clearly an expert on seal-related matters), “While those around him criticize and sleep, and through a fracture on that breaking wall, I see you my friend and touch your face again, miracles will happen as we trip, but we’re never gonna survive unless we get a little crazy.”

I couldn’t have said it better myself. So, you can rest assured that I will lead the charge to ensure that we don’t have to march under the banner of a one-seal government. However, I do apologize for any actions that I have taken that have heaped this oppression upon us.

Starting to lose my grip…on reality…

What about the “Blue Backs”

When I ran for office, I promised to bring my version of Constitutional government to Lansing. I was filled with hope that I’d open my mouth and everyone would see the error of their ways and begin to operate in a manner that I imagined.

I have found that this is not the case. The reason is that Lansing is more messed up than even I could have imagined. The issue that I want to bring to light today is the issue of using blue sheets of paper on bills that are introduced. That’s right, we are FORCED to use the color of the Democrat Party when submitting bills. This is tyrannical government at its worst.

This reminds me of that famous quote by Ethan Allen, “When the rights of man are tied to the color of the paper that they are forced to introduce bills upon in the Michigan legislature 239 years from now, then those rights are only redeemable by a man named Todd from the Lapeer region of said state.”

This is a battle that I will wage on behalf of the citizens of my district and the cause of freedom. I promise to keep fighting for the freedom of color choices and I apologize for any actions that I have taken that have helped the color collectivists to achieve their goals.

I hope these rants prove to be a time saver for Rep. Courser and we can move beyond his ego-driven complaints and focus on the issues that really matter.