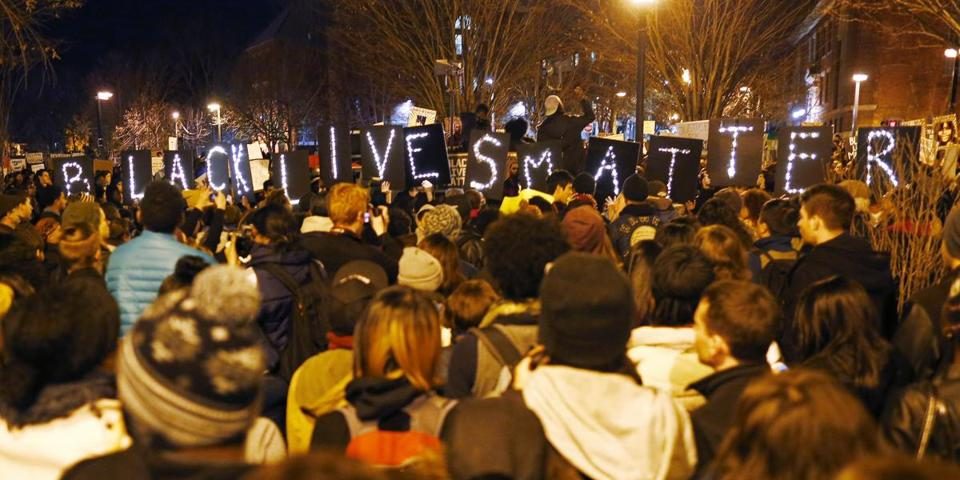 The killing of Eric Garner and the lack of accountability for Daniel Pantaleo, the officer who killed him, sparked nationwide protests and, I think it’s fair to say, those protests aimed to turn a tragic death into a positive movement for serious change. While that movement had positive results in parts of the country, there were signs that the division between the NYPD and the protesters in New York was spiraling in the wrong direction.

I first felt this when the police union, the Patrolmen’s Benevolent Society, said Mayor Bill DeBlasio should not attend cops’ funerals and that the mayor’s call for police retraining was a one-sided reaction to Garner’s death that effectively tossed cops under the bus. Patrick Lynch, the president of the police union, has been on a (primarily right-wing) media tear, even going to so far as to blame Eric Garner for his own death because he resisted arrest, despite the fact that the coroner ruled Garner’s death a homicide.

Lynch’s views were probably already at odds with the millions of protestors around the country. He and other officers were feeling pressured even before the tragic assassination of two NYPD officers Wenjian Liu and Rafael Ramos a few days ago by gunman Ismaaiyl Brinsley, who later killed himself.

Now, of course, the rift has grown even larger. Both “sides” now have families who will spend the holidays grieving loved ones whose deaths are headline news. Brinsley’s apparent mental illness means little to leaders of the NYPD union who accused DeBlasio of having “blood on his hands.”

Somehow, Brinsley’s shooting of his girlfriend Shaneka Thompson has escaped Lynch’s condemnation. Her shooting can’t be used to fuel the political fire he and others have built against the protests in the wake of Garner’s death.

There have been some great reforms suggested by others to put a stop to police brutality. But the most necessary “reform” to prevent tragedies like this is the hardest: to try to walk in the shoes of both sets of families suffering loss.

As in my previous blog, I come back to the need for dialogue but more specifically now, ongoing dialogue between the cops and the communities they serve. Race, even for black cops, has to be in the mix. African American cops are not immune to negative views of blacks that still permeate the nation, despite the election of an African American president. The pressure that cops feel and the leadership positions they hold have to be on the table as well.

Police are doing a tough job that needs to be done. In the course of doing that job, they can become calloused. It’s human nature. Throw race into the mix and things become worse. Police using deadly force on unarmed people draws understandable outrage. But that outrage can also serve to dehumanize the cops.

The police-civilian dialogue and reforms need to be informed by the humanity and vulnerability of the surviving families. Besides wanting their loved ones back, I suspect they want no more victims.