Hungry After the Holidays 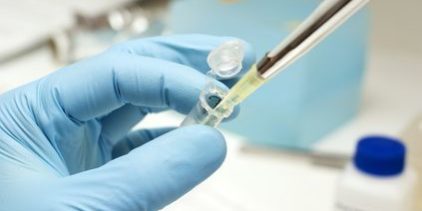 Gov. Rick Snyder made Ebenezer Scrooge proud over the holidays.

The day after Christmas, Snyder signed legislation to launch a “suspicion-based” drug-testing program targeting many of the 80,000 Michiganders who receive cash assistance.

Under the legislation, three Michigan counties will be subject to a pilot program that aims to take food out of people’s mouths if they don’t submit to a drug test.

Under the program, a positive drug test leads to a referral to a treatment program. Assistance will be cut off if people refuse to participate, only to be restored if the person passes a substance abuse test.

So far we know little about the program, like which drug testing company the state will contract with, which three counties the pilot program will operate within or how “suspicion” will be determined.

But we do know one thing for sure: programs like this across the country have been colossal failures. They’re expensive and they don’t yield the results that supporters use to justify the policy in the first place. In some states like Florida, laws like these have even been ruled unconstitutional.

Snyder claims he signed these bills to “remove barriers that are keeping people from getting good jobs.”

These bills are nothing but a conservative attempt to criminalize poverty and blame struggling families for the state’s economic woes. In reality, it’s the governor’s decisions over the years to provide tax breaks to his wealthy corporate campaign donors that have driven our economy straight towards a cliff.

To make matters worse, when an amendment was introduced that would transfer the assistance to a child’s family member or guardian in the event their parent tested positive for drugs, lawmakers shot it down.

If we’re going to drug test poor people, why not drug test lawmakers and their staffers? We give out billions in tax giveaways and incentives to corporations. Are we making sure those tax dollars aren’t just going up someone’s nose?

If our legislators are truly trying to hold those who receive public tax dollars accountable, they should require the same standards for everyone, governors included.