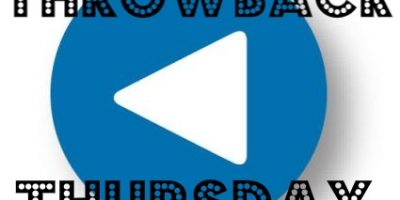 It’s another Thursday and that means it’s time for us to post our old pictures so that our friends can have a chuckle and our parents can comment and tell us how cute we were. It’s also a good time to look back at the last four years.

In honor of Throwback Thursday, let’s take a look back at four stories that Progress Michigan has been on top of over the past four years.

In 2011, newly elected Gov. Rick Snyder’s first budget pulled back the veil and exposed the world to the real Rick Snyder – another out-of-touch and out of control corporate-backed conservative.

In the blog post, “Who is calling the shots in Michigan? Snyder’s CEO friends, of course,” we argued that Gov. Snyder’s budget was written to give CEOs a big break and pass the burdens on to hard working Michiganders, seniors and students.

In 2012, we were on top of the attempts to hurt our community schools and reward the wealthy and well-connected by turning our public schools into a profit pipeline instead of the institutions of learning they were designed to be.

Our blog took on Richard McLellan and his private efforts to privatize Michigan’s schools. Take a look back at, “Michigan for Sale.”

How about 2013? One of Snyder’s scandals involved paying former Treasurer Andy Dillon even after he resigned. But, we were already looking out for taxpayers calling on Gov. Snyder to halt his plans to bring in Aramark. Check out our press release from September of last year holding the governor accountable – long before sexual romps, drug smuggling and murder-for-hire plots became synonymous with the Snyder administration.

Sadly, Gov. Snyder refused to heed our warnings about the dangers of outsourcing. That’s why we released a video detailing the issues with the Aramark contract as well as problems with unaccountable charter schools in Michigan. We are still holding Gov. Snyder’s feet to the fire on this issue – asking questions about Aramark that still need to be answered.

After looking back on the last four years in Michigan, I think I’d rather leave throwback Thursday to embarrassing pictures. I’d even go for one of those awkward middle schools pictures on my own Facebook wall.