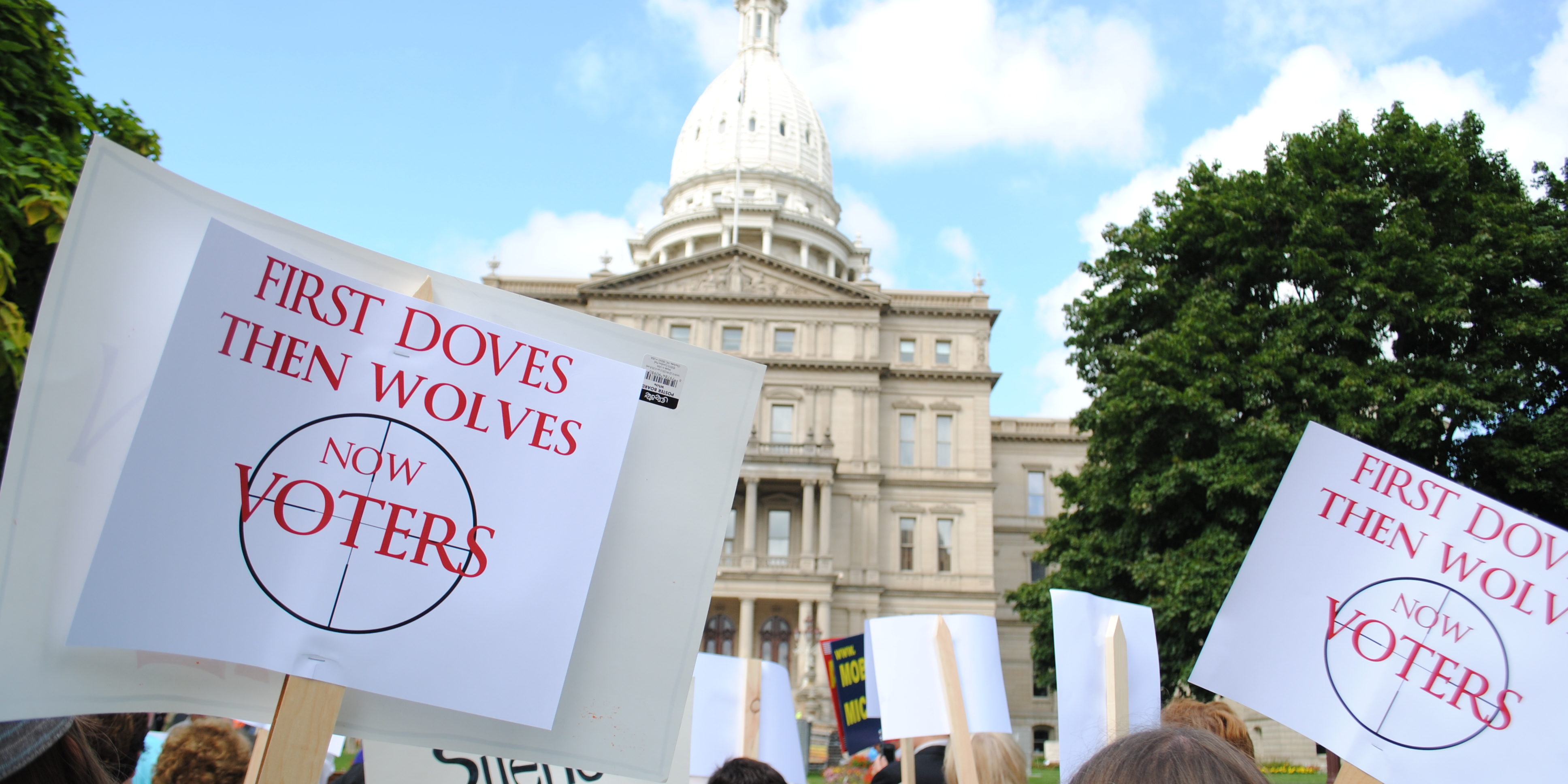 I found myself asking a lot of questions after the Michigan House decided yesterday to vote on a bill that would allow the Natural Resources Commission to designate a wolf hunt. Highlighted below are some things that I thought about after the vote dropped yesterday that have me hunting for answers:

2. One lawmaker compared the supposed “problem” with wolves in the U.P. to Detroit’s bankruptcy — the largest municipal bankruptcy in the history of this country. The problems in Detroit are real and well-documented: Massive blight, high unemployment, lack of basic services, declining investments from the state and a crumbling infrastructure. On the other hand, the wolf hunt started because of half-truths and straight up lies.

3. The House’s actions are clearly part of a pattern where the legislature does not allow people to vote on important issues. They let voters decide PPT reform, so why not wolf hunts? Or rape insurance? Or emergency managers? They pick and choose when they want you to vote. In November you get to vote whether they like it or not. Remember that.

4. Lawmakers are on a three-month vacation and Wednesday was one of the few days they actually had to work this summer. So I ask them, “Why this?” Why take up a petition on wolf hunting and not let the voters handle it? There are other pressing issues, like, oh, I don’t know…maybe our roads and bridges that are falling apart? Clearly, they have the wrong priorities for Michigan.

5. Where was Governor Rick Snyder in all of this? Going back to my point above: Roads have been on his “agenda” for a long time and yet he’s failed to get the legislature to act on the issue. Why wasn’t Snyder in Lansing telling his underlings to do something that everyone could get behind rather than investing more time and energy into divisive and undemocratic lawmaking?