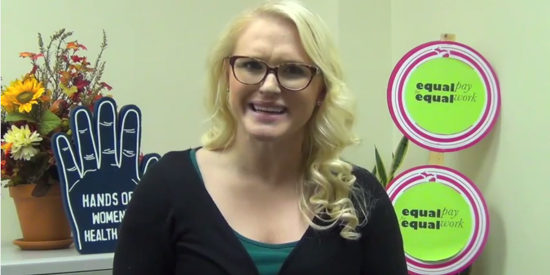 Land stated she doesn’t support equal pay for equal work. She even went so far as to say that women don’t want equal pay, but instead what they want is more flexibility in the workplace so they can run errands and take their children to appointments.  She thinks women should have to pay extra for health care needs, like mammograms and birth control, and remains silent on Michigan’s oppressive rape insurance law. How does that support Michigan women?

Simply because Land is a woman doesn’t mean she cares about doing what’s best for all women in Michigan. Instead, she chooses to put her corporate donors and special interests above ensuring that women earn equal pay for equal work and have access to affordable health care.

All of us at Progress Michigan decided we would answer Land’s absurd video with a video of our own. Enjoy!

Want to do more? Sign our petition telling Terri Lynn Land that simply being a woman doesn’t make you pro-woman.