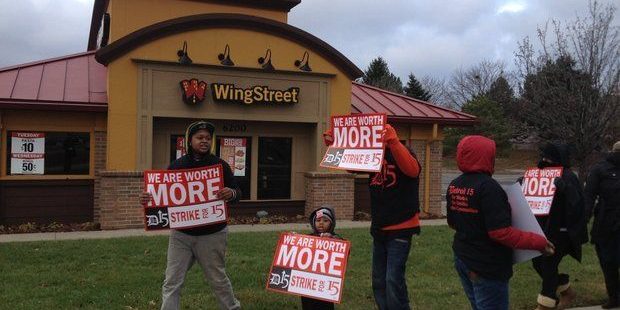 LANSING — Earlier today, news broke that a ballot committee had formed to place a question on the November 2014 ballot asking Michiganders to raise the minimum wage. Progress Michigan strongly supports raising the minimum wage because the current wage standard is not enough to keep the average family above the poverty line.

“Raising the minimum wage would help bring thousands of families out of poverty, bring a much-needed boost to our local economies and help people create a better future for workers and their families,” said Lonnie Scott, executive director of Progress Michigan. “Raising the minimum wage is the right thing to do and citizens across the state are jumping onboard with the idea. We’re happy to see that a coalition of concerned citizens and organizations have come together to fight for this important issue.”

The findings of this survey supported what we already believed to be the case: Michigan voters are calling for a raise and there’s growing support. The survey showed that 77 percent of respondents supported raising the minimum wage above $9 per hour — a 7-point jump from the March survey.

“For far too long workers have been financially left behind as corporations rake in record profits,” Scott continued. “It’s time we showed workers across Michigan that we value what they do for us, our economy and communities. It’s time to raise the wage.”