The GOP has effectively rigged the court system for partisan judges to preside over the cases they want to win.

Hand picking winners? From Right to Work, to a tax increase on seniors to cuts to education funding, shifting the system to their favor is pretty much the M.O. of the Snyder administration and the Republican-led legislature. 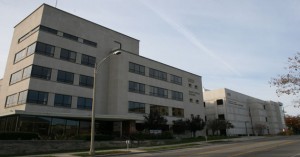 And if you don’t like how the game is played? Rewrite the rules.

In a shameless effort to rig the system, the state House passed this bill 57-52. This measure moves Michigan’s Court of Claims from the Ingham County Circuit Court to the Court of Appeals, where the Michigan Supreme Court chief justice would decide which judges hear cases brought against the state.

This makes it difficult for citizens to challenge the constitutionality of controversial laws, or bring Freedom of Information Act and Open Meetings Act claims against the state. Because Republicans hold a 5-2 majority on the state’s highest court, the change would practically guarantee that lawsuits filed against the state would be heard by appellate judges appointed by Snyder.

Does that sound fair to you? It doesn’t to us.

This newest law would reverberate in communities throughout Michigan, and its potential impact should not be ignored. It would make it almost impossible for the public to challenge laws being rushed through the legislative process by the Republican-led legislature and governor.

It’s clearly a power grab by Republicans, for Republicans. The checks and balance system in our government is there for a reason: to avoid the tyranny of the majority.

This “law” is a joke, and making a mockery of the political process in our state.  Reputable news outlets throughout the state have questioned its intent, and The Michigan Association for Justice along with several local Bar Associations, the ACLU and members of the Ingham County Commission have submitted a letter to Governor Rick Snyder calling him to veto this legislation.

This is one example in a litany of instances where the Republican party has tried to stack the deck in their favor in Michigan.

Unfortunately, Snyder has indicated he’s he’s willing to sign this bill to put it into law. Governor Snyder has catered to the whims of his political party, corporate buddies and special interests in the past. We hope when this bill graces his desk, common sense will prevail and he’ll veto this bill.  If not, it will be just another example of Snyder’s failed leadership.