Cleaning up after yourself 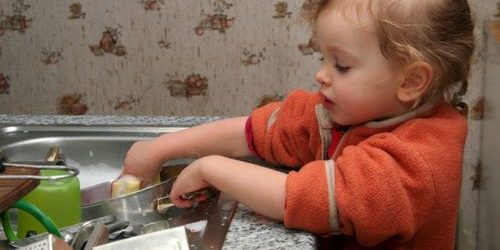 The Republican party is in disarray and their brand is badly damaged, sporting their worst poll numbers in the history of poll numbers. Days after supporting the shutdown, several members of Michigan’s Republican Congressional delegation heeded Progress Michigan’s call to return, donate, or withhold their salaries while federal employees are furloughed. Rep. Dan Benishek is so frightened he submitted an Op-Ed to the Petoskey News with a half-hearted defense of his hostage-taking after their Editorial Board dismantled House Republicans for their intransigence:

Today, however, we’re more than disappointed in our elected Representative, Dan Benishek.

When an official is elected into office, they are naturally expected to represent their district and be a leader. He has not met those expectations.

Backed into a corner by the Tea Party faction, Republican lawmakers are demanding that everyone help clean up a mess they created. They want every concession on their wish list in exchange for doing their jobs. In short, they want you to clean up their mess.

Gov. Rick Snyder is no different. While maintaing that he’s not campaigning, Rick Snyder is claiming in campaign-like materials that he erased an initial deficit of $1.5 billion. What he’s not mentioning is that he was responsible for half of that, including a $532 million tax cut for big business that has failed to create more and better jobs and a $255.8 million deposit in the Rainy Day Fund being paid for by Michigan’s kids.

More and more, the party of Lincoln is looking like the party of petulant children who refuse to clean up after themselves – and Tea Party lawmakers are crying the loudest.