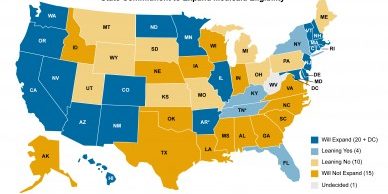 LANSING – Today, citizens’ watchdog group Progress Michigan called on the Michigan Senate to pass Medicaid expansion, which would give health coverage to hundreds of thousands of uninsured Michiganders and would ultimately save the state money.

“While the phrase ‘better late than never’ could be applied to this situation, it’s shameful that it took the Senate this long to take up Medicaid expansion,” said Lonnie Scott, executive director of Progress Michigan. “Expanding Medicaid for the hundreds of thousands of uninsured Michiganders is something that is supported by the majority of Michigan’s citizens, the medical and business communities and the governor. The Senate needs to act now and pass Medicaid expansion immediately.”

Medicaid expansion would mean better access to health care for Michigan’s most at-risk people: low-income children, impoverished working adults and disabled people. It’s high time conservatives in the Senate stopped listening to the anti-government fringe elements of their party and acted in a way that will help Michigan’s future by passing Medicaid expansion now.

If the Senate bows down to the Tea Party fanatics who oppose helping poor people and fails to pass Medicaid expansion, the state will lose $7 million a day in federal funding to other states starting Jan. 1. That’s money that could’ve been used to help 400,000 uninsured people get the most basic of health coverage.

It’s time Governor Rick Snyder acted like the leader he is supposed to be and wrangled his party to action. If the self-described One Tough Nerd can’t corral a few Tea Party activists in his own party, Michigan’s future indeed looks bleak.