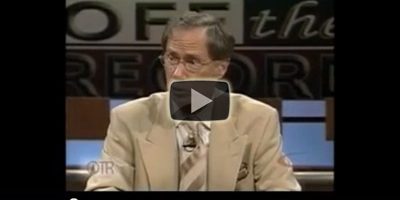 On Friday’s edition of “Off the Record,” Tim Skubick discussed the struggle for power between Republican Party stalwarts and Tea Party activists, and what it means for Medicaid expansion in Michigan.

Chad Livengood, a reporter at the conservative-leaning Detroit News, cited the Michigan Freedom Fund as evidence of a Republican Party realignment, saying “They’ve gone from the obscure group that ran the advertising in the Right to Work debate, to now being the conservative, right-wing answer to Progress Michigan. Which is pretty union-affiliated and Democrat controlled.”

Progress Michigan getting a shout-out on “Off the Record?” Now we’re getting somewhere. And while we proudly work for policies that benefit the working class people of our state, we are not Democrat or union-controlled.

Parties follow leaders. And  leaders can use the party machinery to push their agenda. No leadership? No political machine. And with the debut of One Weak Geek, that won’t change anytime soon. Keep powering progress in Michigan.