Will Republicans ever leave Neverland? 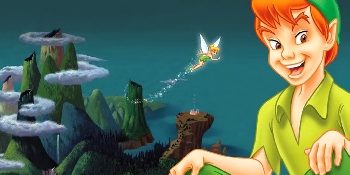 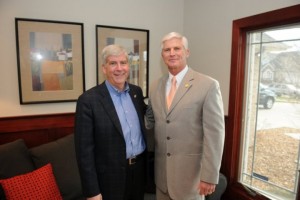 Peter Pan was afraid of his shadow. It reminded him that one day he’d have to grow up and leave Neverland. Republican lawmakers that still stand with Dave Agema – like Reps. Ken Yonker and Mike Shirkey – are Peter Pan and the Lost Boys. They’ve even got their own Neverland. It’s the birthplace of cooked jobs numbers and Romney landslide projections, where income inequality doesn’t matter and Sarah Palin has her own island.

After losing to Captain Hook in 2012, Republican leadership commissioned a report to figure out why their fairy-tale didn’t have a happy ending. In short, the report said that if they wanted to leave the political wilderness anytime soon then they’d have to change. The reason is obvious: a majority of Americans support marriage equality, increasing the minimum wage, working to address climate change, sensible immigration reform, preventing gun violence, eliminating tax loopholes for the wealthy and ending corporate welfare.

They know growing up would require taking an uncompromising stand against the hate and intolerance spewing from members of their own party – like Dave Agema and Andrew Shirvell – and carries the threat of a primary challenge from the right.

Republicans decided it would be less scary to remain silent. When pressed, Speaker Jase Bolger suggested supporters of marriage equality are just as bad as Agema, and urged all sides to “conduct their debate with a focus on the facts and a respect for individuals.”

Ah, like the “fact” that LGBT Americans are responsible for “half the murders in large cities.” Or that LGBT people are “filthy homosexuals” and “many homosexuals admit they are pedophiles.” Are these representative of the facts we should focus on and the respect we should show one another?

When it was pointed out Dave Agema’s “facts” were utter nonsense he doubled-down and insisted his facts were the real facts. As proof he offered a personal story from his years as a pilot about “issues” he had with LGBT flight attendants.

Republicans elected Dave Agema. As Agema has pointed out, they unanimously voted to make so-called “traditional marriage” part of their party platform. Moderates, independents and self-described tough nerds don’t have real power in the Republican party, people like Dave Agema do, and they maintain it through fear. If someone votes the wrong way a primary challenger will show up overnight, the story goes… and he’ll vote the right way.

This dynamic isn’t unique to Michigan, it affects the dysfunctional Republican party at every level. The hatred and intolerance promoted by Dave Agema and his ilk has shadowed Republicans for decades, reminding them that one day they’ll have to grow up and leave Neverland.