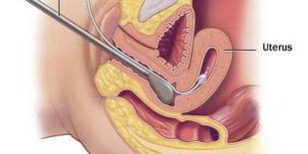 This week Rep. Joel Johnson (R-Clare) introduced HB 4187, which requires all women to perform a “diagnostic ultrasound examination of the fetus at least two hours before an abortion is performed,” to provide “the most visibly clear image of the gross anatomical development of the fetus and the most audible fetal heartbeat.”

Many – including Johnson’s legislative aide  – have said that the goal of this legislation is to mandate transvaginal ultrasounds before an abortion can be performed, which provides the “most visibly clear image.”

The motives of Republican politicians are clear. By saddling abortion providers with more equipment standards, you can close more clinics and push more doctors out the door.

Ultimately, this bill aims to dismantle women’s rights. This is yet another attempt to prevent women from exercising their right to have an abortion by requiring an unnecessary and invasive procedure.

What’s also clear is that the agenda for Republicans in Lansing is anti-woman. There is nothing conservative about forced transvaginal ultrasounds.

Politicians don’t belong in the doctor’s office.  Neither does politics.

The party that touts their anti-government views has taken “big government” to a whole new level, in between a woman and her medical provider.

As former Rep. Lisa Brown said last June, “I’m flattered that you’re all so interested in my vagina, but no means no.”