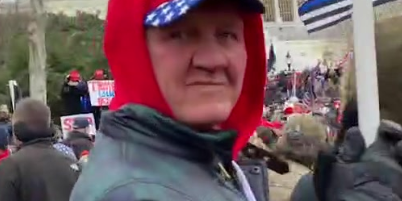 “The insurrection was one of the darkest days for our country I’ve ever witnessed. Domestic terrorists attacking the seat of our government to try and prevent the peaceful transfer of power after a secure and well-run election,” said Lonnie Scott, executive director at Progress Michigan. “The people of Michigan deserve to have a full accounting of Friske’s activities on that day and with this new evidence we have unearthed, we’re demanding answers.”

This evidence raises numerous questions including:

Below is the evidence Progress Michigan has found:

Wendy Friske, the wife of Neil’s brother Richard, posted the below on Facebook which appears to indicate that Neil was in fact in attendance at the insurrection.

Below you will find screenshots from a video which can be found here.