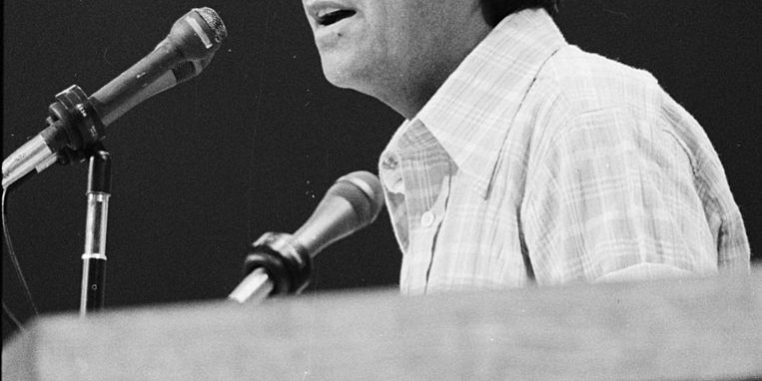 Working people face a lot of hardships. From growing inequality to stagnant wages to a lack of benefits like paid sick leave and overtime pay, many workers struggle to get by as their bosses get richer—and though we still have strides to make to ensure things like a livable wage and paid sick days for all, our lives are better because of the labor organizers and union leaders who came before us.

Today, we celebrate the life and work of Cesar Chavez, a powerful organizer whose experience as a migrant worker inspired him to spend his life working to shine a light on the widespread abuse of agricultural workers. His work with the National Farm Workers Association, which later merged with the Agriculture Workers Organizing Committee to become the United Farm Workers, helped improve conditions for agricultural workers across the country.

Throughout his childhood, Chavez watched his family struggle to get by and worked alongside them in the fields of California. He struggled in schools where he was expected to speak English and punished for speaking Spanish, the only language he spoke at home. He experienced firsthand the intersection of racial and economic oppression—and he refused to accept the conditions poor farm workers, many of whom were also Latino, were forced to live under.

Decades later, the issues that inspired Chavez to become an activist are still alive and well. Too many working people are still underpaid, exploited, and denied the rights and dignity all human beings deserved. Too many in the Latino community still face racism and discrimination that has escalated even further in recent years with the rise of the alt-right. And, of course, these problems intersect in ways that create unique hardships for Latinos and for other racially marginalized communities.

Time and time again, Cesar Chavez put himself and his wellbeing on the line in the name of justice for working people. Organizing is about solidarity—working people standing together to fight for their communities’ needs—and Chavez’s dedication to the cause truly embodied that value.

Cesar Chavez died in 1993, but his legacy lives on in the United Farm Workers, and in all the unions and organizers who are still fighting for justice for all working people. Here in Michigan, organizations like the Detroit Hispanic Development Corporation and the Genesee County Hispanic Latino Cooperative work specifically to provide resources and opportunities to Latino folks who need them, while activists with Movimiento Cosecha fight every day for justice and dignity for Michigan immigrants.

There’s a lot we can learn from the life and work of Cesar Chavez—that racially marginalized communities must have a seat at the table in the organized labor movement, that every worker deserves respect and dignity, that progress for working people won’t be won unless we’re willing to fight for it. Chavez worked tirelessly to create a movement that would outlive him, and we owe it to him, and to all the workers who have struggled and still struggle today, to continue the fight for justice and dignity for all people.