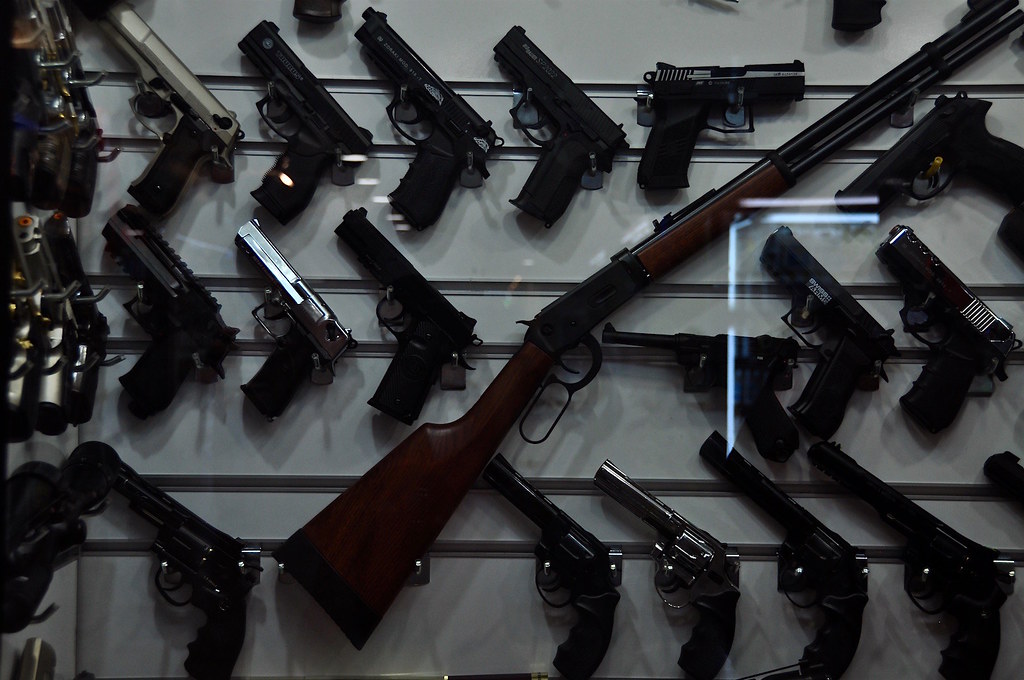 Last year, a 30-year-old man in Lansing stole a semiautomatic handgun from a shooting range and killed his estranged girlfriend in a JoAnn Fabrics before turning the gun on himself. One year prior, a two-year-old boy from Flint was left in critical condition when he accidentally shot himself when a loaded gun was left unaccompanied in his home. The same day, two young children were shot by a toddler in Dearborn. What do these stories have in common? They happened because Michigan lacks gun laws that would keep firearms locked up and out of the hands of the wrong people.

It’s crystal clear that Michigan is too lax about its gun laws. There are no laws that make background checks mandatory at shooting ranges, no way to protect those who are seen to be an imminent danger to themselves or others, and no regulations to keep children safe from the guns in their own homes. With the help of the legislature, Michigan could put laws in place to hold those who responsible who fail to be responsible gun owners.

First comes the issue of who should and shouldn’t have the ability to rent a gun at a shooting range. A gun shop rental loophole fix would make shooting ranges responsible for doing background checks on the people who walk into their facilities in order to prevent incidents like one that happened in Lansing last year. When Timothy Olin had a personal protection order obtained against him by his estranged girlfriend, he could not legally own a gun. Knowing this, he went to Total Firearms in Delhi Township, rented a gun, walked out with it, and killed the woman who had the PPO against him anyway. Requiring gun shops and shooting ranges to do background checks will prevent those with criminal backgrounds and expired licenses from obtaining firearms and killing innocent people.

Second, it’s common sense that elected officials should implement Child Access Prevention laws as soon as possible. In Michigan, 46% of gunowners with children say that not all of their guns are in a locked place and 47% said not all of their guns are kept unloaded.  House Bills 4511 and 4512 would make it a crime to store or leave a gun where it can be accessed by minor. This would help prevent incidents like those in Flint and Dearborn from happening again. We could give people more incentive to be responsible gun owners, keeping their firearms locked and unloaded preventing a child from injuring or killing themselves or someone else with a loaded, unsecured weapon.

Red Flag legislation is also a solution to when someone who poses a threat to themselves or others is a gun owner. With extreme risk protection orders, immediate family and law enforcement may approach a judge with evidence that someone should not have access to their firearms if they pose a risk to themselves or others. This would give police the ability to confiscate that person’s firearms and prevent them from buying any more for a necessary amount of time. When 59% of gun deaths in the state are suicides, bipartisan support should be rallying around this law.

Too many people die preventable deaths by firearms every year, and it is our elected officials’ responsibility to put an end to this crisis.