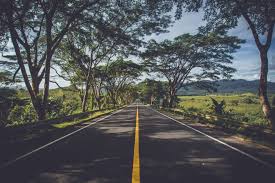 With a new year comes an old conversation: how to fix Michigan’s sky-high auto insurance rates.

Addressing this problem seems to be at the top of the list for Republicans House Speaker Lee Chatfield and Senate Majority Leader Mike Shirkey.

As is often the case in public policy, discrimination based on race and gender are deeply embedded systemic problems that need to be addressed if we’re going to have lower, fairer rates. Where you live, how far you drive to work, gender, education, and credit scores all affect insurance rates. For communities of color and women, that means higher prices.

Discrimination toward women is hardly hidden by insurance companies. One woman, who is transgender, experienced this discriminatory rate hike first-hand when she transitioned. At first, she thought she was facing anti-trans discrimination, but her insurance company flat out told her that wasn’t the case: She was paying more because she’s a woman, they told her.

Any conversation around auto insurance reforms also need to include ending the discriminatory practice of auto insurance redlining, which is supposed to be illegal, but still happens in practice.

Republicans and Democrats in and around Detroit (where prices are astronomically high, even for Michigan) agree redlining is a problem because communities are carved up and charged different prices. More often than not, it’s communities of color that face the deluge in price hikes compared to their white neighbors. This needs to end and needs to be part of any reforms made to lower auto insurance prices.

The debate around auto insurance reform needs to happen. Clearly Michigan is paying too much, but it should be clear we shouldn’t be charging people more because of their race or gender. Redlining and gender discrimination are two areas that must be addressed if we’re going to handle lowering auto insurance rates in an equitable way.