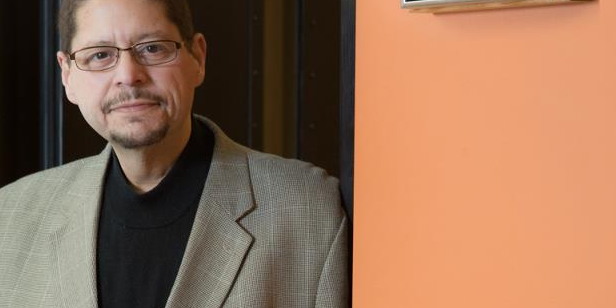 When I first met Tony I was the State Communications Director for Know Your Care/Protect Your Care. I was asked to be on his radio show to talk about the ACA for a 15-minute segment, after our conversation Tony asked me to join him regularly to talk about ACA, the positive effects and the truth about what was in the bill. When I became the ED at Progress Michigan I was able to continue those regular conversations with him along with other members of the Progress Michigan staff.

Tony was always ready to talk about progressive issues, he was well-prepared and knew his stuff. He was truly one of the best hosts you could have the honor of doing an interview with. Beyond that he was an exceptionally nice person.

Tony was an incredible voice for progressive values, on and off the air. Tony fought alongside many of us for a better Michigan for all of us and our movement is better because of his work.

Tony Trupiano was the kind of person you could not ignore. I first met Tony during his 2006 run for Congress. Tony wasn’t the typical candidate simply looking for support. Instead, he wanted to have real conversations about the issues that mattered most to him: labor rights and education.

Tony went on to lose his race that year but that didn’t stop him from speaking about issues. Tony became a lone progressive voice in a radio landscape filled with right-wing hosts. He went from radio to the internet and gave a voice and platform to numerous progressives.

I had the opportunity to spend every other week on Tony’s show in 2014 and 2015. The hour-long segment went by quickly because Tony knew how to keep a conversation going while looking for solutions to the problems we were discussing.

I’ve missed our conversations since he ended his show and I’ll miss seeing Tony at functions across the state. Michigan is a better state because Tony lived here. Our movement is stronger because he was a part of it. Rest in Power, Tony.

I first met Tony Trupiano when I interviewed him about Right to Work legislation while I was a student journalist at Michigan State University. I needed to find someone who was passionate about fighting for working people and Tony didn’t disappoint. You could tell he gave a damn and he was a great interview.

A few years later, Tony would be interviewing me and it was then that I realized just how committed Tony was to his quest. When I started at Progress Michigan, one of the first interviews I ever did was with Tony on his radio show and, like other PM staff, I continued to do regular shows with him. He was always fiery and appreciative of the work we did at Progress Michigan.

Tony committed his life to making Michigan a better place to live for everyone, regardless of where you lived or how much you made. I think Tony was the kind of person who bore the weight of the world on his shoulders. Injustice at home or abroad wasn’t just something that just made him angry, it hurt him at his core, he felt the pain of others and used his platform to try to change it.

Tony is gone now, but the fire he had for activism burns on in the legacy he leaves behind. Rest in power, Tony. I think Joe Hill’s famous quote, “Don’t mourn, organize!” is how Tony would want us to approach his passing. And we will, Tony. We will continue to organize, speak out, and fight for a better future for everyone.

Thank you for everything you did for me and the movement, Tony.