LANSING — Progress Michigan has named Representative Christine Greig its Legislator of the Month for January. Greig was honored for her work on TeA+chers for Michigan Education Plan, a package of bills that will help attract and retain teachers in Michigan and her no vote opposing the plan to siphon public dollars from accountable local schools to unaccountable for-profit charters.

“For too many years, our educators have been punching bags. From cuts to their classrooms, being demonized by right-wing front groups and the effort led by Snyder and Schuette to deny them justice in the 3 percent case, teachers have had a tough decade,” said Lonnie Scott, executive director of Progress Michigan. “It’s refreshing to see elected officials offering bold solutions to attract teachers to Michigan and retain the ones we already have. We are honored to name Representative Greig Legislator of the Month.” 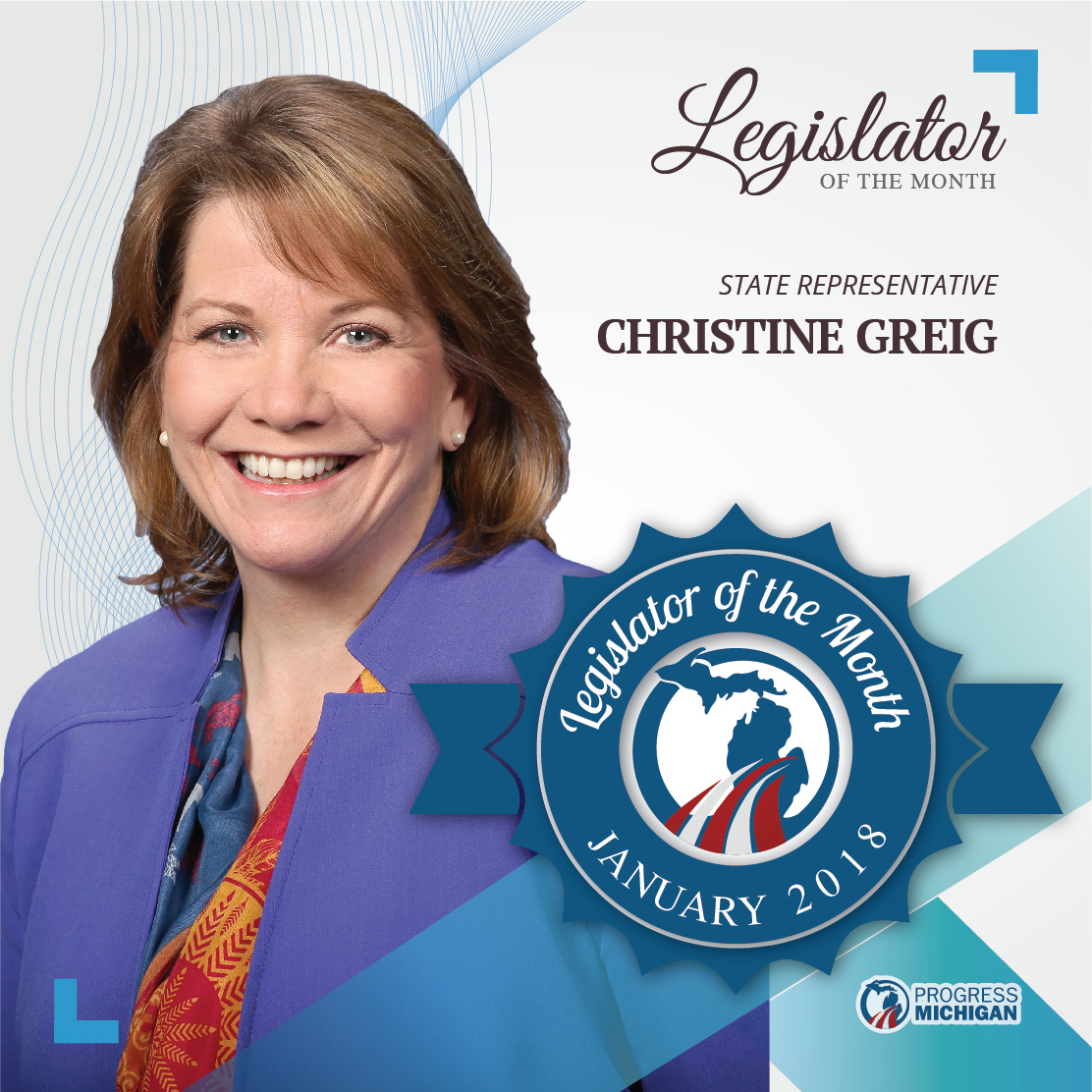