What is Midland Public Schools Hiding? 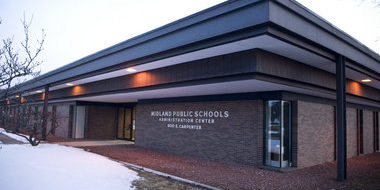 What is Midland Public Schools Hiding?

MICHIGAN — After months of dialog and thousands of dollars in fees, Midland Public Schools continues to stymie Progress Michigan’s access to public records through the Freedom of Information Act. The records being sought have been compiled and delivered in a timely manner by more than a dozen other districts across the state, but MPS has put up roadblock after roadblock. Progress Michigan is now questioning whether the district is trying to hide something.

“What is Midland Public Schools hiding?” said Lonnie Scott, executive director of Progress Michigan. “We made requests like this across the state and Midland seems to be the only district actively trying to make this process difficult. We have simplified our requests, paid their outrageous fees, and yet, we have nothing to show for it. They want to continue to drag their feet and block transparency. It shouldn’t take several months and thousands of dollars to complete a basic email search.”

As a government watchdog and accountability group, Progress Michigan has a long history of using the Freedom of Information act to access public records to shine a light into how Michigan’s public bodies operate at the local, state and national level.

July 25: Original FOIA request sent to MPS, along with 17 other districts (Almost all of which have been fulfilled)

September 13: Modified FOIA request sent to cut down on costs

November 10: MPS updates Progress Michigan saying it will be an additional 10 weeks to process request

The finalized FOIA request sought: “All communications, including e­mail using government and non­government e­mail accounts, between the individuals listed below as well as emails using the domain “@abcgmc.org”, and Midland Public Schools occurring between January 2014 and the present date, as well as any attachments contained in the correspondence.” Listed individuals included John Searles, superintendent of Midland County Educational Service Agency, and Don Johnson, career & technical education coordinator at the Midland County Educational Service Agency.