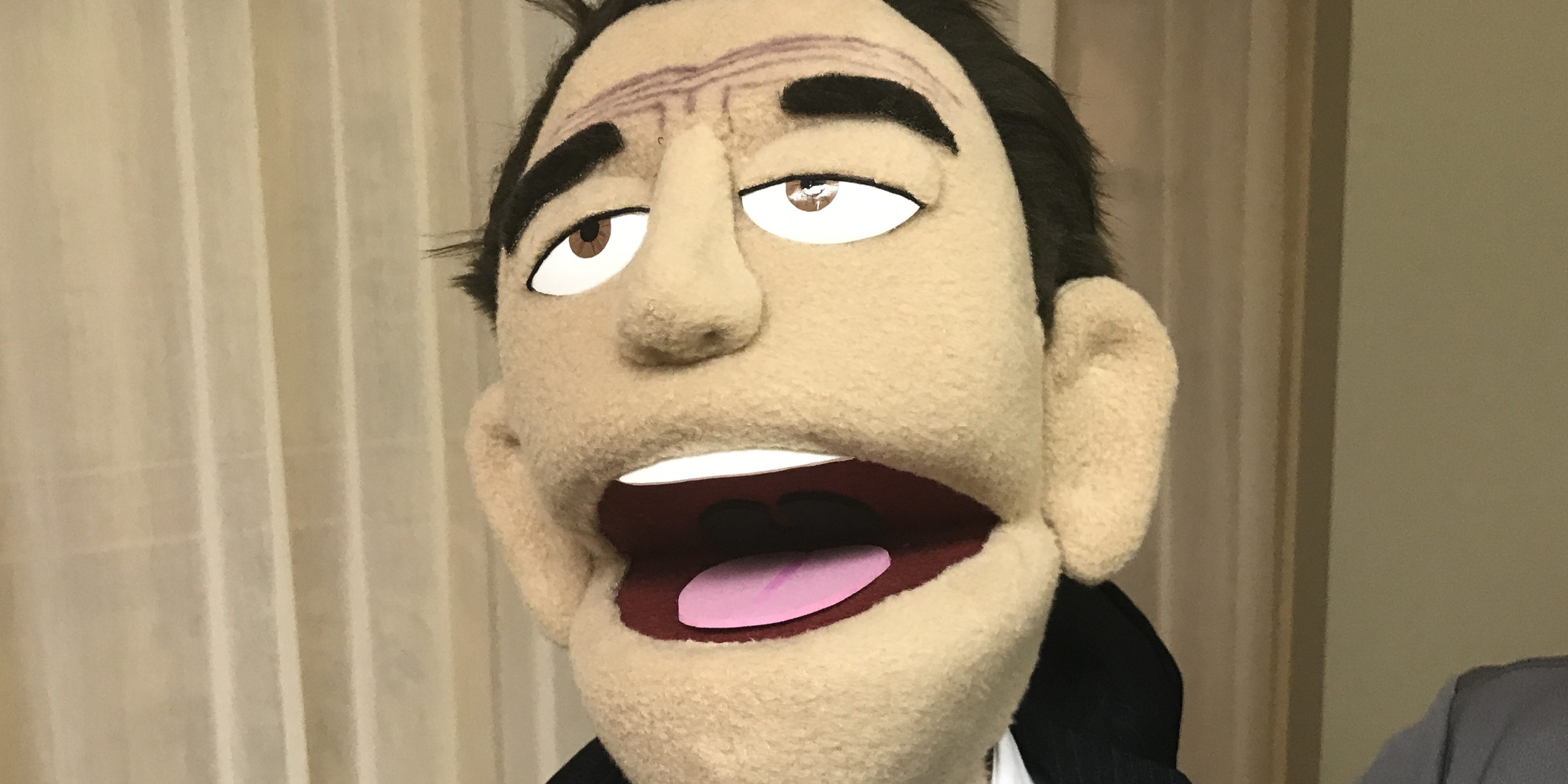 PLYMOUTH, Mich. — On Wednesday, residents of Michigan’s 11th Congressional District heard from Congressman David Trott, while the real Trott was nowhere to be found, a puppet version of the Congressman was on hand to answer questions about his disastrous record in Washington D.C.

The event, put on by Progress Michigan, a progressive advocacy organization and government watchdog group, featured a Q & A with Corporate Puppet Trott (with ventriloquist Dahn Brickner performing as Trott) and had opportunities for residents to take action to hold Trott accountable, like a letter writing station and sign-up opportunities to take action. The event was held at the Plymouth Cultural Center.

“Dave Trott has avoided his constituents while being a puppet for the Republican Party and their corporate special interests,” said Lonnie Scott, executive director of Progress Michigan, who also moderated the event. “So, it was fitting that the town hall featured a puppet version of the Congressman.”

Trott’s vote for the American Healthcare Act was highlighted during the event. The numbers show that the plan would have been disastrous for people in his district. According to the Center for American Progress, 27,000 fewer people would have healthcare coverage because of the AHCA. Additionally, the AHCA would have spiked premium costs for older Michiganders, according to CAP. A vote for the AHCA was a vote against people with preexisting conditions, 300,000 of whom live in Michigan and could see their insurance costs go up under the plan.

Following the event, Puppet Trott said, “I’m not really used to actually engaging with my
constituents, so this was a new experience for me. One that I don’t really plan on doing again because frankly, the room just wasn’t rich enough for me.”