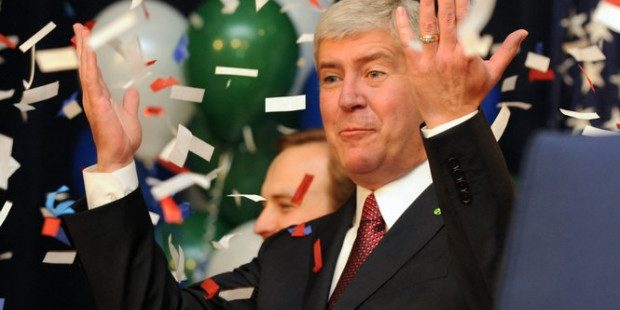 The 2017 Kids Count Data Book recently released by the Annie E. Casey Foundation shows Michigan lagging in child well-being. While numbers are an important way to measure the impact of policies, many of us don’t need to look at the data to know the Snyder/Calley way has failed our children. From the Flint Water Crisis, to the crumbling schools in Detroit, to economic insecurity in the Upper Peninsula and more and more kids living in poverty – we’ve known for some time that their policies are failing Michigan’s kids The report ranks Michigan dead last in the Midwest for children. Here’s the rundown.

How Michigan compares to the rest of America

29th in family and community

The report is a damning indictment of the Snyder years that have focused on doing the bidding of large corporate donors at the expense of others – including our kids. The numbers may be sobering, but they don’t change the facts.

However, there is hope and a way forward. The report suggests a two-generation policy strategy that includes policies such as affordable child care, adult education, equitable workplace policies and higher wages. It doesn’t take a rocket scientist to figure out what we need to do; it simply takes elected officials who will do it.

Governor Snyder has roughly 18 months left in his term, which is more than enough time to reverse course and actually champion policies to reverse these numbers. Instead, Snyder has been checked out as governor and his right-hand-man Brian Calley is too busy playing an amateur-hour version of Frank Underwood with his cynical ploy to get us talking about insider Lansing politics instead of the record of his administration.

Rick Snyder claims to be a numbers-driven nerd. My guess is that he won’t give these number much credence. Kids don’t have a Super PAC, but they do have parents and others who care – and we have a voice.