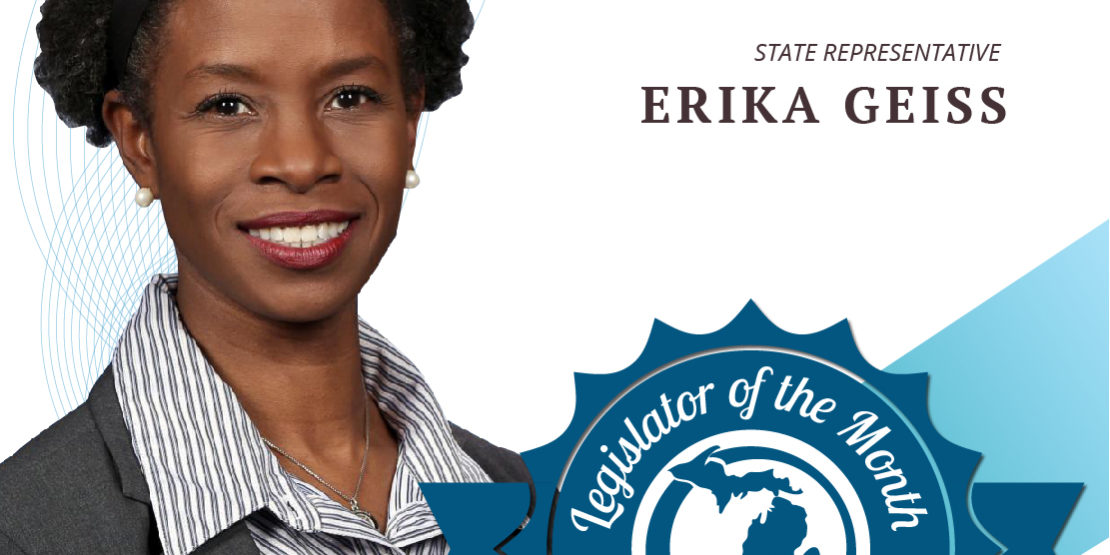 LANSING — Today, Progress Michigan named Representative Erika Geiss as its Legislator of the Month for April. Geiss was honored for introducing legislation to ensure equal pay for all workers and her long-time commitment to earned paid sick time and Michigan’s families.

“Erika Geiss has committed her life and time in the legislature to ensuring that working families have a government that works for them,” said Lonnie Scott, executive director of Progress Michigan. “We are proud to name her our Legislator of the Month for standing with working people and her work on the package of bills to ensure equal pay in Michigan.”

“I am honored to be April’s Legislator of the Month, for Progress Michigan, an organization with which my values are aligned,” said State Representative Erika Geiss (D-Taylor). “To me, serving in the legislature is more than just voting on bills, it’s about serving my community and working on legislation and policies that benefit the people, communities, and our state. It’s time for our legislature to fully embrace such policies and legislation like our Pay Equity package of bills, which is common-sense, long-overdue legislation that values the contributions of women in the workplace.”

The Legislator of the Month award is given to an elected official who demonstrates a commitment to government of, for and by the people.